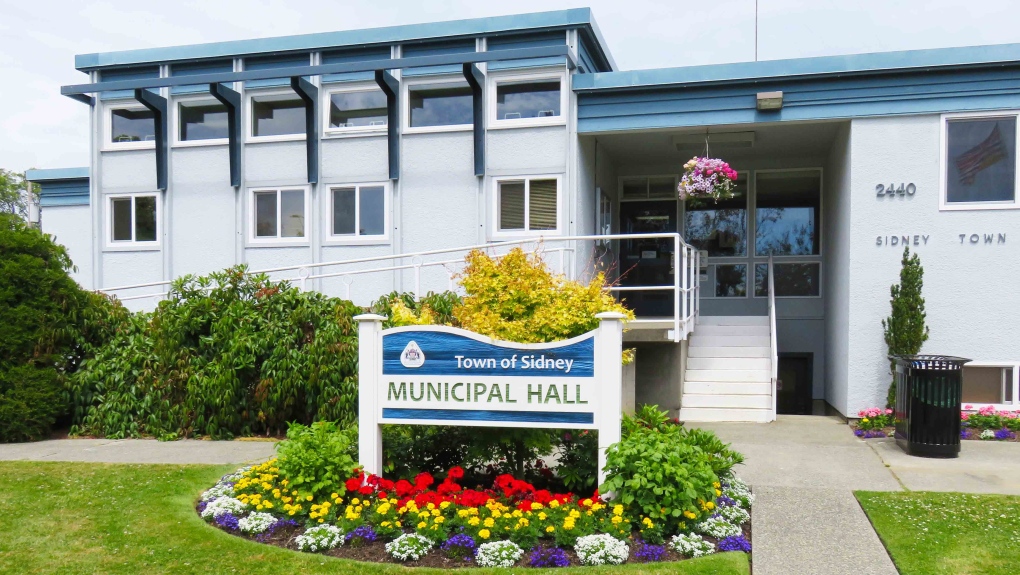 The removal of the portrait was explained as reflecting Sidney council's commitment towards reconciliation with First Nations. (Town of Sidney)

The Monarchist League of Canada is weighing in on Sidney council's decision to quietly remove the Queen's portrait from its chambers and replace it with Indigenous art.

The league says in a statement that when an absurd reason is given for the removal of emblems of the monarchy, it needs correction.

The removal was explained as reflecting Sidney council's commitment towards reconciliation with First Nations.

But the monarchist league argues removing the portrait of a Queen who has fostered "close ties to First Peoples throughout her reign, and who has no responsibility for the politics, law-making and actions of elected officials" is wrong.

The league says removing the portrait is likely to create precisely the opposite effect of reconciliation.

They say the Queen personifies the rule of law, which guarantees courts function impartially.

The statement says council should re-hang the Queen's portrait, and do so proudly.