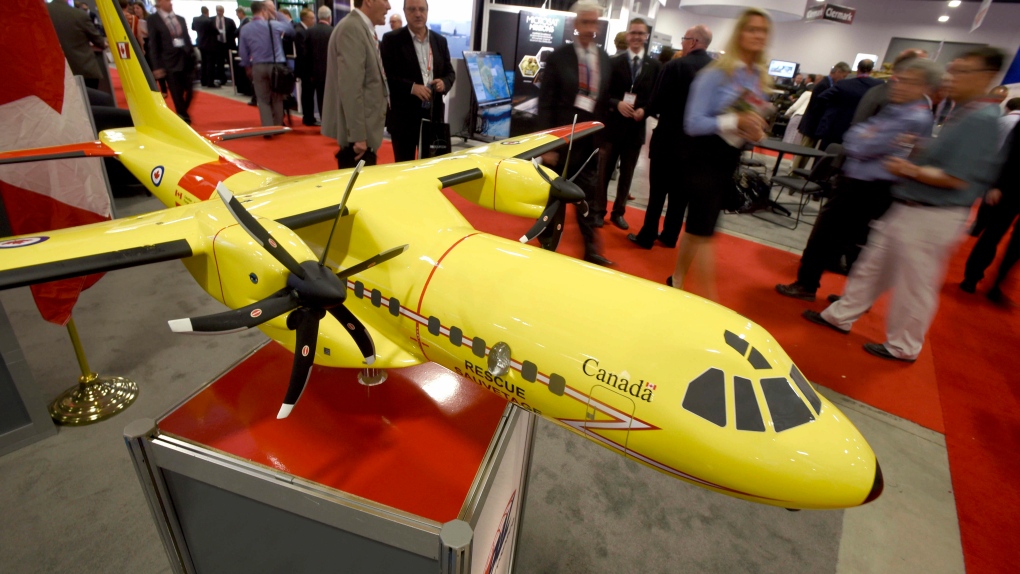 Delegates pass a model of the Airbus C295 fixed wing search and rescue aircraft at the Canadian Association of Defence and Security Industries' CANSEC trade show in Ottawa on Wednesday, May 27, 2015. (Justin Tang / THE CANADIAN PRESS)

The list of possible names for the Canadian military's new fixed-wing search and rescue aircraft has narrowed to two.

"Canso II," "Guardian," "Iris," "Kingfisher" and "Turnstone" were the options being considered for the military's new CC-295 search and rescue aircraft, which is being purchased to replace the current "Buffalo" planes.

Initially a list of 10 potential names was put forward to the Commander of the Royal Canadian Air Force by the country's search and rescue community.

That list was then reduced to five after an initial assessment was done to ensure the names were clear of any problems, such as intellectual property rights. The five were then voted upon by the public.

According to the Department of National Defence, nearly 33,000 votes were submitted along with 1,650 comments on social media by the public hoping to help choose the aircraft's new name.

The $4.7-million contract calls for 16 Airbus 295s to be delivered from the company's Spanish production facility to military bases in Comox, Winnipeg, Trenton and Greenwood where they will conduct search and rescue tasks.

Part of the contract included the building of a new training facility at 19 Wing Comox, which will include a new flight simulator. Comox is where all Canadian personnel will be trained to maintain and operate the aircraft.

The facility is expected to be in full operation by November 2020.

RCAF commander Lieut-Gen. Al Meinzinger has the final say on the name of the aircraft but has gone back to the military's search and rescue community with the top two choices to get their input before making his final decision.

The final name is expected to be announced in November.