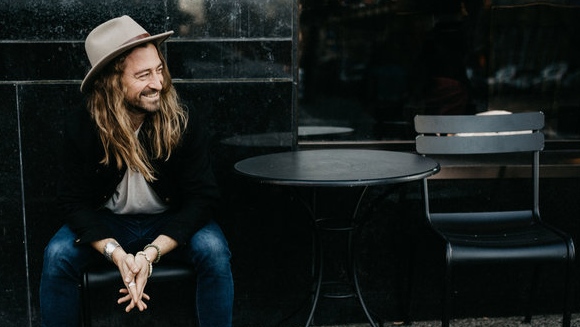 A song by Metchosin's Jesse Roper was performed by a Nashville man auditioning on American Idol Wednesday.

A portion of Roper's song "Anytime of Night" was sung by singer-songwriter Jake Durkin in front of judges Katy Perry, Lionel Ritchie and Luke Bryan.

Roper said he was grinning ear to ear when he watched the performance. "I’m not sure what word describes how I felt but it was good to say the least," he said. "To see somebody wagering their dreams on it was surreal.”

It was the second song Durkin played at the tryout and was the song that convinced the judges to send him to the next round of the music competition.

I’d like to say thanks and good luck to Jake Durkin on the rest of his American Idol journey!!! It was surreal watching this clip. Nicely done Jake. I’ll be cheering you on the rest of the way. pic.twitter.com/4ezQm4fvZr

The Massachusetts native and current Nashville resident discovered Jesse Roper's music on a deep dive into soul music on Spotify and loved the song.

Asked why he picked Roper's song, Durkin said he plays it all the time with his band.

"It's soulful and tender, and you can really deliver it with an authentic voice," said Durkin. "Plus, I wanted more people in the U.S. to know about his music.”

Pop superstar Katy Perry was so impressed with Durkin's audition that she was shown collapsing on the floor when handing him his golden ticket to Hollywood.

Head over heels for these contestants #AmericanIdol pic.twitter.com/5CKK4BGLcf

When asked for his reaction to Durkin's praise for his music, Roper said it was an added bonus on the evening.

"This experience has been nice in that while I’ve felt as if I’m making frustrating strides at a snail’s pace, 1,000 miles away a guy named Jake Durkin has been listening to my music and getting inspired by my tune. That feels good — feels like I’ve accomplished something."

American Idol episodes can be seen on CTV2 Sundays at 8 p.m. and streamed on CTV.ca.