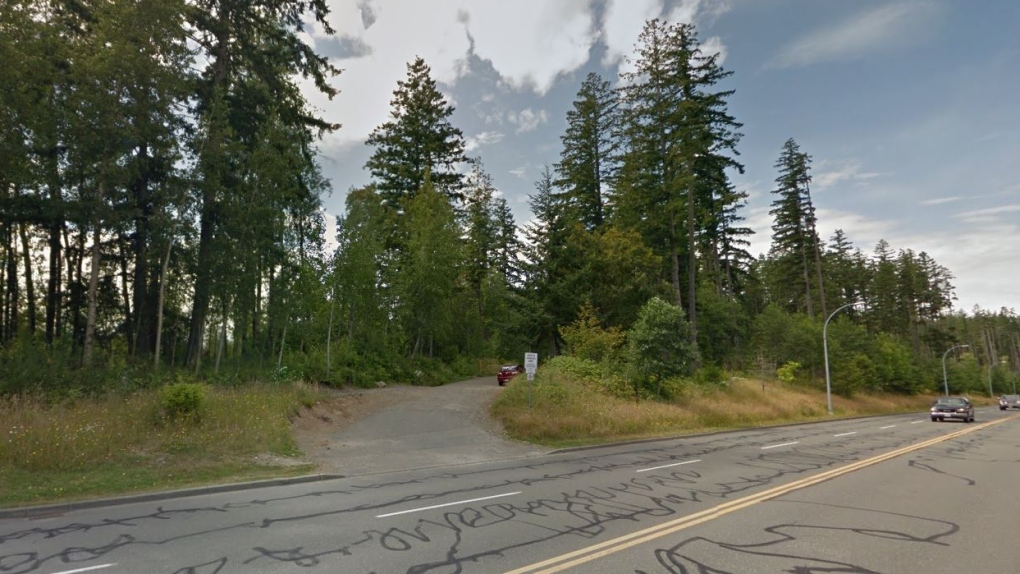 A parking lot off South Dogwood Street in Campbell River is shown in this undated Google Maps image.

A bizarre incident involving a lost dog, an alleged handgun and an off-duty RCMP officer has led to the arrest of a 55-year-old Campbell River man.

Tony Green was taken into police custody on six criminal charges, with more expected to come, after he allegedly pointed a pistol at an off-duty officer.

The officer was biking near the South Dogwood Street parking lot on Beaver Lodge Lands the morning of Monday, Jan. 28, when he heard another man in the trails calling for his dog.

When the officer attempted to help the man locate his dog, Green allegedly pulled out a pistol and pointed it at him.

The officer then removed himself from the situation, called 911, and responding Mounties quickly arrested Green. A handgun and ammunition were seized from the car he was driving.

An ensuing search of Green’s home led to the seizure of more property, according to Campbell River RCMP.

“A very large quantity of firearms of various descriptions and rounds of ammunition have been located, the exact number is not yet know,” said Cpl. Ron Vlooswyk of the Campbell River RCMP. He said a search of Green’s residence is ongoing.

Green will make his next court appearance Friday, Feb. 1 and remains in police custody