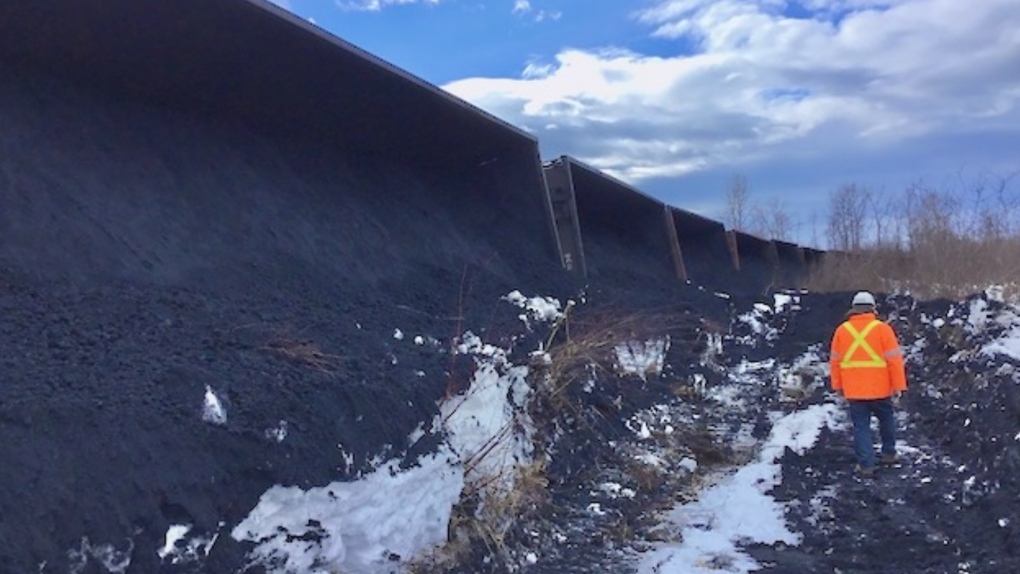 Open-top train cars lie on their sides at the site of a train derailment near Prince George, B.C. (B.C. Ministry of Environment and Climate Change)

Board spokesman Alexandre Fournier says in an email that seven of the 28 derailed cars were filled with the gas, which is classed by the federal government as a flammable and dangerous commodity.

Canadian National Railway could not immediately be reached for comment, but last week the company said there was no danger to the public as a result of the derailment.

The local school district says Giscome Elementary was evacuated after the derailment due to uncertainty about the contents of the rail cars.

The school, which is 200 metres from the rail line, remains closed and classes have been moved to a nearby elementary school.

CN has said “a small amount” of petroleum coke spilled into a nearby waterway after the train derailed.

Fournier says 20 cars were loaded with petroleum coke, seven with liquefied petroleum gas and one car that was carrying methanol derailed but remained upright.

Trains were moving past the derailment site and environmental water quality monitoring in the nearby waterway was continuing, it says.

CN said last week there were no fires or injuries.

Fournier says the derailment is still being assessed by the board, which sent a team to the site.

This report by The Canadian Press was first published March 10, 2020.