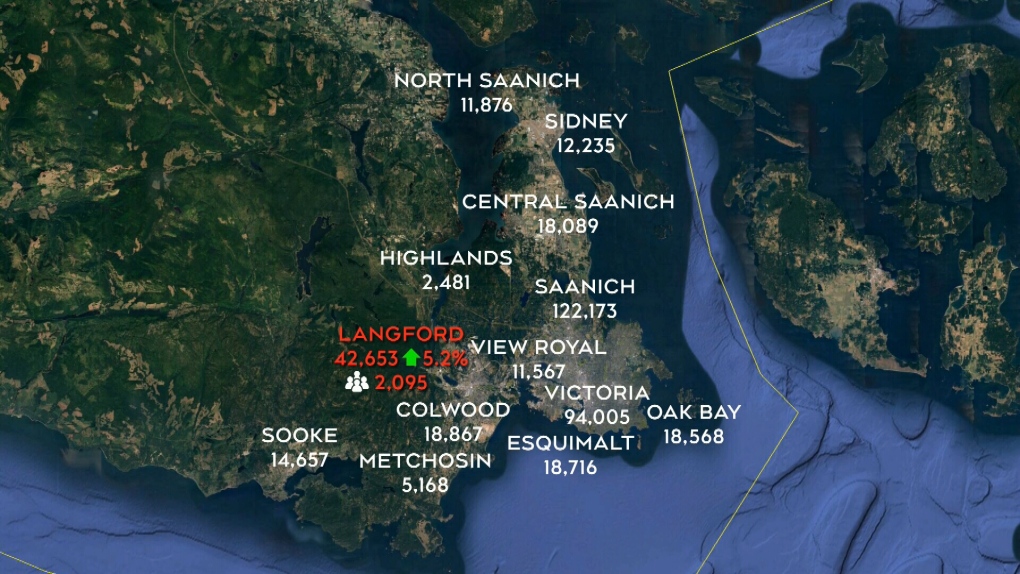 Seeing a per capita growth rate of 5.2 per cent, the West Shore centre not only outpaced all other major metropolitan communities on Vancouver Island, but also across B.C.

On the south island, View Royal and Sooke both recorded growth rates of 2.5 per cent, tying them for the second fastest growing Capital Regional District areas after Langford. 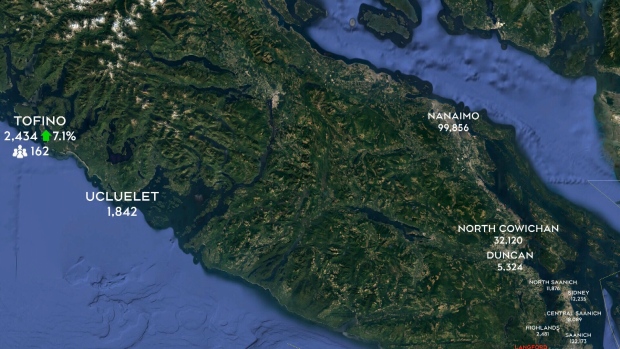 The only CRD municipality to see a population drop, according to the BC Stats breakdown, was Esquimalt, which apparently lost 38 residents.

Traveling northward to the surfing mecca of Tofino, growth rates climbed more dramatically. The popular tourist town saw a growth rate of 7.1 per cent between 2018 and 2019. 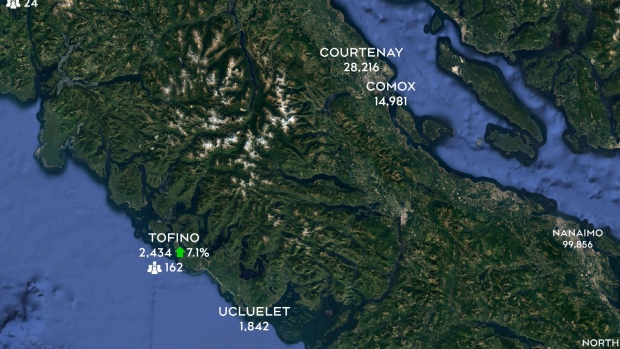 Farther afield in Tahsis, a small logging community in the north west region of the island, growth rates boomed – but actual population increases were less dramatic.

Statistics Canada reports the estimated rate of growth for Tahsis last year was an explosive 8.6 per cent, but when broken down into how many people actually moved to the town, numbers are far from a statistical tinder box.

The community grew by just 24 people. 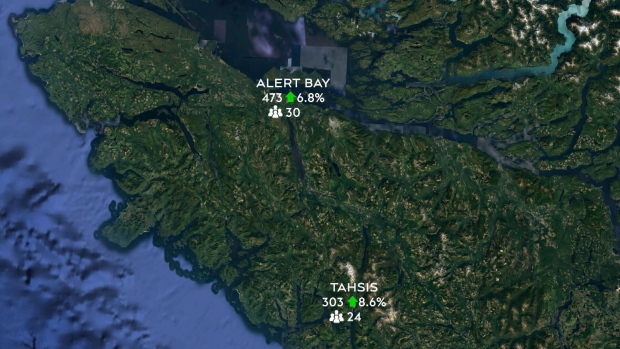 Vancouver Island cities and towns dominated in terms of population growth between 2018 and 2019. On the list of the top 10 fastest growing communities in B.C., the island was represented eight times.

The top 10 fastest growing communities in B.C., based on BC Stats estimated population percentages, are: