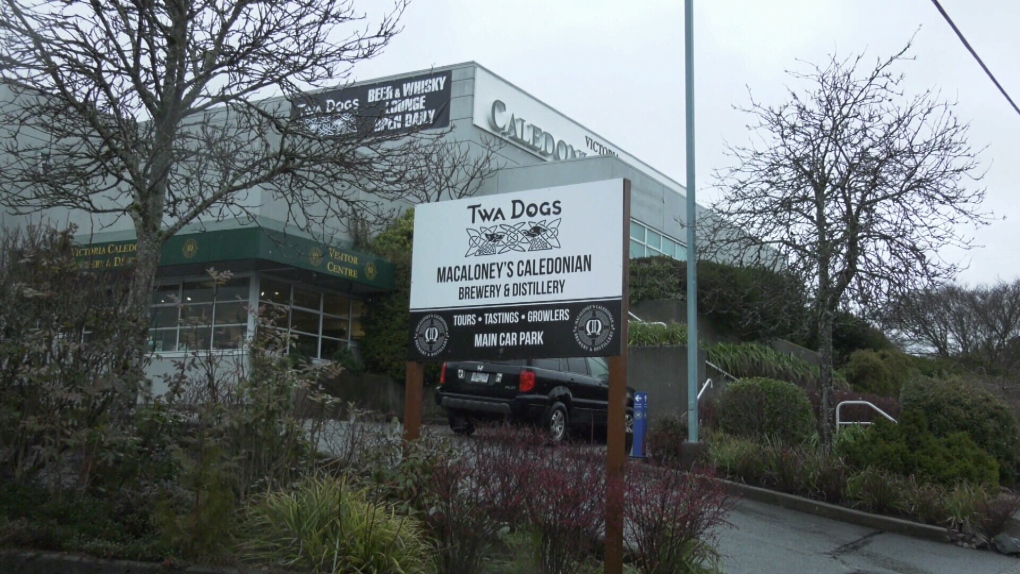 Saanich Mayor Fred Haynes says the municipality's working relationship with Victoria Caledonian Distillery is an example of why it's being recognized in B.C.'s Open for Business awards: Jan. 22, 2020 (CTV News)

VICTORIA -- Four Vancouver Island communities have been named finalists in the province’s Open for Business awards, a competition that recognizes municipalities that take a proactive approach to attracting and retaining businesses.

The competition is broken down into three categories based on the community's population size, with Saanich and Campbell River competing as finalist for the large category, Colwood in the running for mid-sized centres and Ucluelet in the running for small communities.

“It’s interesting because it was like business-as-usual, trying to do nimble work, and to be having this recognized is excellent,” said Saanich Mayor Fred Haynes.

On its application to the awards committee, Saanich highlighted its attraction of the Victoria Caledonian Distillery. Haynes says the municipality worked closely with the spirits and brewery company and organized its zoning and land use applications quickly.

“We had our staff work with them every step of the way when they needed, and that’s been typical for many businesses of Saanich,” said Haynes.

Meanwhile, Colwood is in the running for mid-sized communities with populations between 5,000 and 25,000, along with Dawson Creek and the Township of Spallumcheen on the mainland.

“That final three… I feel like we’re talking like it’s the Oscars," said Colwood Mayor Rob Martin. "It’s just wonderful to be nominated."

The City of Colwood has spent the last year and a half strategizing ways to support its business community.

While the municipality has eliminated their business license renewal process, Martin says what really caught the attention of the awards committee is a series of community events created to demonstrate that the residents of Colwood are willing to support local entrepreneurs.

“We submitted our plan through our Food Truck Friday and Saturday events that happen in the summertime,” Martin said.

“We provided access to the waterfront," he said. "The City of Colwood provided free music to attract people to come to support the food trucks and by the end of the summer we were having participants, local participants, about 500 people an evening.”

In the small community category for populations less than 5,000, Ucluelet finds itself up against Harrison Hot Springs and the Village of Lumby.

With representation in all three categories, Martin says it's a strong signal that Vancouver Island is, in fact, open for business.

“It says we are the attractive place and we’re innovative and we’re thinking about the future,” he said. “What we’re doing is demonstrating the island itself is a place that businesses need to come to.”

Winners of the 2019 Open for Business Awards will be announced at an awards gala in Vancouver on Feb. 21.