Tucked inside the oldest school house in B.C., a very new class is in session.

Vancouver Island’s first Japanese immersion program, launched in October at the Craigflower Schoolhouse in Saanich, is connecting preschoolers with a culture thousands of miles away.

"It’s so easy for kids to lose their Japanese once they start normal school in English," Victoria Japanese Preschool founder Ayako Inoue told CTV News. "There are so many kids who have a Japanese background, but there is no opportunity for them to keep that identity."

Seeing a gap in the education system, Inoue and a close friend with an early childhood education background took action. 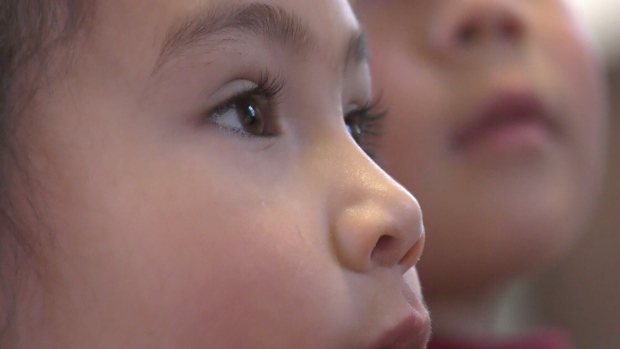 The Victoria Japanese Preschool is the only dedicated immersion program which predominantly teaches in the foreign language.

According to the Ministry of Education, no provincially run facilities offer anything like it in B.C, although there are similar private schools in the Metro Vancouver area.

The private Victoria Japanese Immersion program offers 10 spots, which were quickly snapped up.

Principal and lead teacher at the school Yuri Pomeroy says while many Japanese Canadians on Vancouver Island strive to reconnect with their cultural roots at an older age, it’s best to create strong ties early and never let them break.

"The earlier the better for the bilingual education," said Pomeroy. "Important for the kids to have stronger identity when they have a stronger knowledge of who they are and the culture."

Staff with the private immersion program say they hope to expand classes to families who have no cultural ties to Japan in the near future.