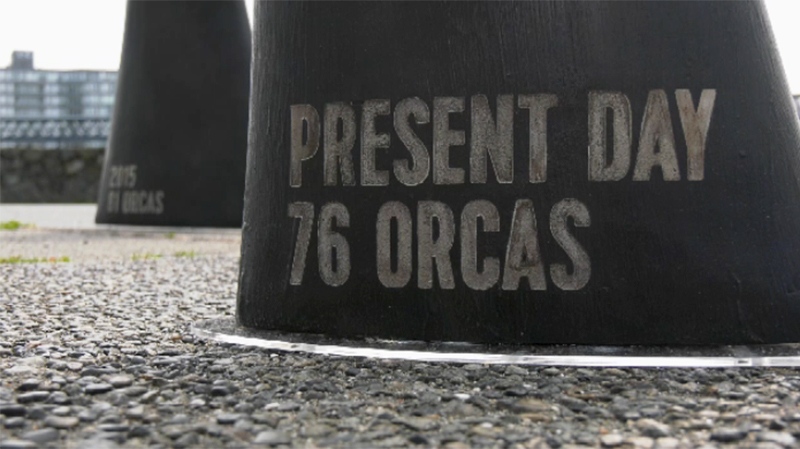 Each whale fin has an etched-in graph highlighting the statistics of the southern resident killer whales' dwindling population on the B.C. coast. Aug. 2, 2019. (CTV Vancouver Island)

The painted concrete orca fins could be seen along the waterfront near Songhees point Friday.

Each whale fin has an etched-in graph highlighting the statistics of the southern resident killer whales' dwindling population on the B.C. coast.

It's all part of a promotion and awareness campaign to help the whales.

"Really, it’s a visualization of the declining populations. As you can see, across the years that population has been declining year over year and we are really looking to raise awareness to it." said David Nicholls, general manager and partner at the brewery.

"We've also created a collaboration pack of beers working with breweries on the island and a dollar from every sale of that pack goes to The Pacific Salmon Foundation."

Each brew in the Pod-Pack is named after a specific southern resident killer whale and the art on each can mimics actual unique eye and saddle patches of the orcas. 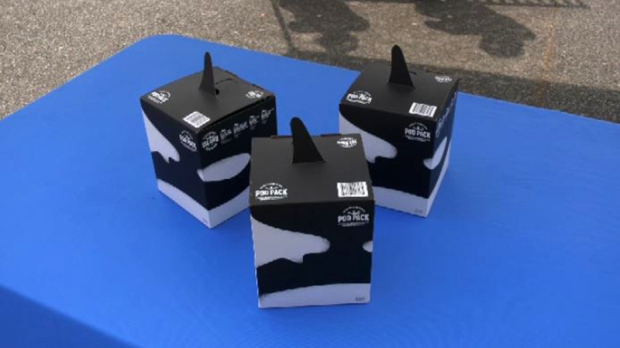 The goal is to raise $20,000 for the salmon foundation in hopes that more fish in the ocean means more food for the whales.

Vanishing Orca was only on display in Vic West for one day. The installation will show up in other locations over the long weekend and then move to Vancouver's Mural Festival on Aug.10.

The Pod-Packs are available in liquor stores across B.C. until they sell out.