International team of scientists depart from Victoria to research salmon 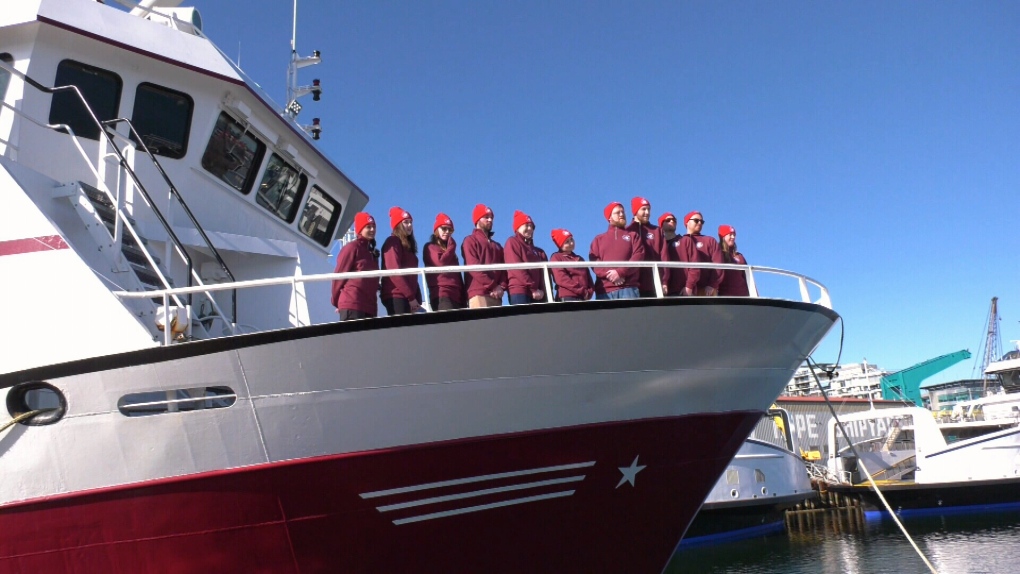 A team of more than one dozen scientists from Canada, the U.S. and Russia depart from Victoria to take part in an international salmon research project: March 11, 2020 (CTV News)

VICTORIA -- A team of more than one dozen scientists from Canada, the U.S. and Russia are departing from Victoria on Wednesday to take part in an international salmon research project.

The scientists will be out at sea for a total of 25 days aboard the Pacific Legacy, a commercial fishing ship temporally converted into a research vessel. This is the second expedition of a five-year initiative called the International Year of the Salmon, which is trying to establish the resilience of salmon and people in a changing world.

The expedition comes after the lowest commercial catch of salmon was recorded in B.C. last year.

"Healthy Pacific salmon populations are key to coastal communities and the culture and history of Indigenous peoples," says Lana Popham, Minister of Agriculture.

"The research conducted on this ship offers hope and promise to all who are concerned about wild salmon. As scientists from around the Pacific begin to fill the knowledge gaps we have around salmon lifecycles and journeys, we can develop corresponding policies and programs that support future generations of both wild fisheries and British Columbians.”

Dr. Richard Beamish, an emeritus scientist with Department of Fisheries and Oceans Canada at the Pacific Biological Station in Nanaimo says he hopes this year's expedition will further the findings from the 2019 voyage.

"Juvenile salmon that grow faster and quicker in the first months in the ocean are the ones that can survive best in the first ocean winter," says Beamish. "We're still testing that idea but you can see the relevance of that if that turns out to be true."

The scientists will be harvesting salmon and processing them for research purposes, like examining their DNA and diet.

The expedition is funded by the British Columbia Salmon Innovation and Restoration Fund and other donors.