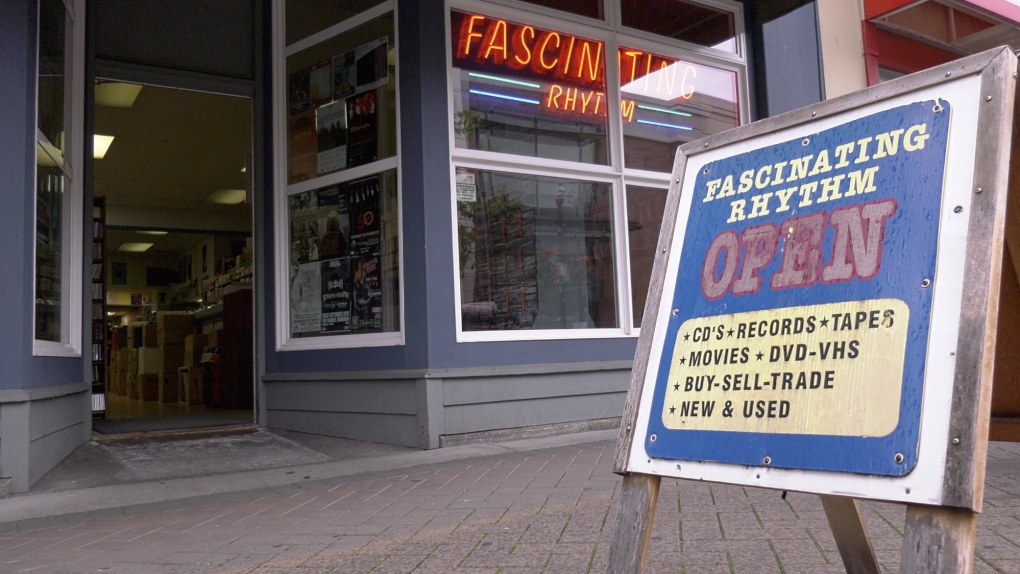 Fascinating Rhythm in downtown Nanaimo had its front door smashed late Thursday night as thieves made away with several guitars. (CTV Vancouver Island)

Fascinating Rhythm in downtown Nanaimo had its front door smashed late Thursday night as thieves made away with several guitars.

This is the second time in the past couple months that the business has been targeted. There was also an attempted break-in only two weeks ago.

“I have never had a break-in since opening 30 years ago,” said Steven Lebitschnig, the owner of Fascinating Rhythm. “I’ve had two this year.”

Thieves originally tried to grab poppy donations that were strapped down, but ended up going for guitars instead.

Lebitschnig says his store is not the only one that has suffered from a break-and-enter theft in recent months.

Nanaimo RCMP say they have seen an increase in theft from businesses in the downtown core, adding thieves seem to be targeting cash on site.

“We are strangely recommending that people leave no cash on site,” said Const. Gary O’Brien. “And put up a sign indicating that.”

Since 1988, Fascinating Rhythm has been Nanaimo’s place to go to find music. At one point, the store was voted a top-five record store in Canada by the CBC program Vinyl Cafe.

Costs to repair the front door and damage from the previous break-ins are in the thousands of dollars.

RCMP are looking for possible surveillance video of thieves running away from the store and are still investigating. Anyone with information about the thefts is asked to call Nanaimo RCMP at 250-754-2345 or Crime Stoppers at 800-222-8477.