'I thought I was imagining it': Two earthquakes strike off coast of Vancouver Island 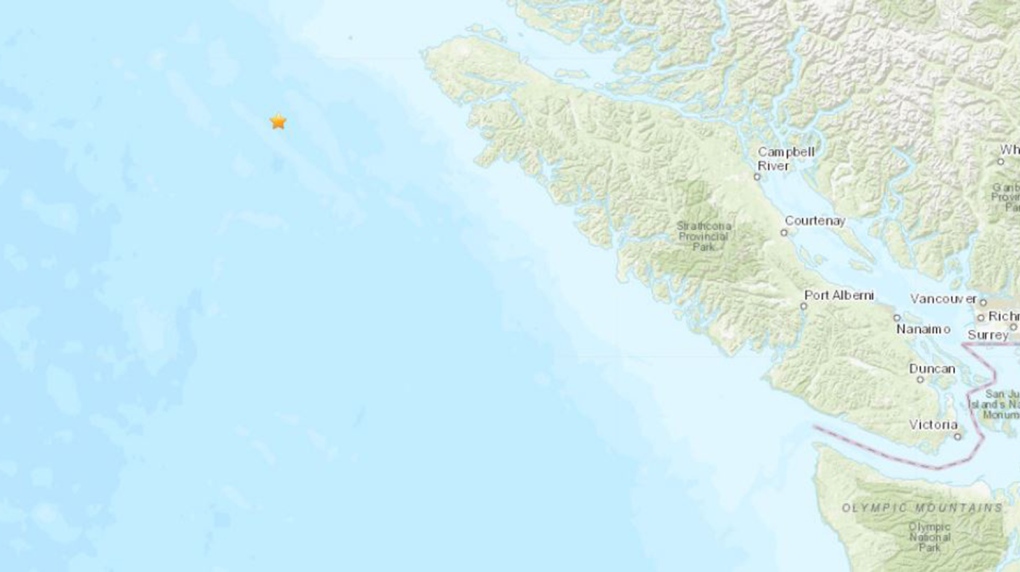 A tsunami is not expected after two small earthquakes struck within two hours of each other off the northwest coast of Vancouver Island.

The first quake struck at around 1:27 p.m. about 166 kilometres west of Port Alice, according to the U.S. Geological Survey.

Earthquakes Canada and the USGS recorded its strength as magnitude 4.6.

USGS said it struck at a depth of three kilometres, and the National Tsunami Warning Centre said no tsunami was expected as a result.

Then at 2:44 p.m., a second stronger earthquake registering at magnitude 5.3 struck 189 kilometres west of Port Alice, according to Earthquakes Canada.

Karen Robertson, manager of the Outpost store in Winter Harbour, says she felt the second earthquake, her very first on the island.

"I was sitting just in a chair, doing some reading and I heard the house kind of creak," she told CTV News.

"Then all of a sudden the chair started shaking sideways and I thought I was imagining it but then the TV screen was also moving."

Robertson said the quake felt like it lasted approximately four or five seconds.

"A very, very weird sensation," she said. "You feel sick to your stomach for a very short period of time."

Earthquakes Canada said there we no reports of damage from either quake and none would be expected.

The region is located in an active seismic zone in which two tectonic plates converge, and thousands of earthquakes are recorded annually.