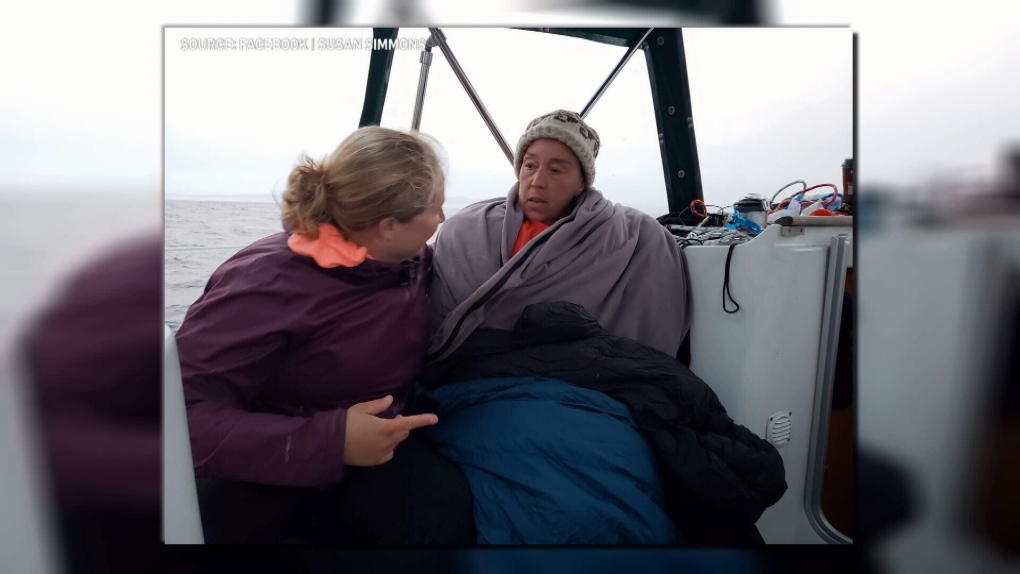 Susan Simmons left Ogden Point on Saturday, but after eight-and-a-half hours she was pulled from the water. (Facebook/Susan Simmons)

A Victoria swimmer with multiple sclerosis was forced to abandon her attempt to cross the Juan de Fuca Strait and back due to challenging conditions.

Susan Simmons left Ogden Point on Saturday, but after eight-and-a-half hours she was pulled from the water.

The water was just nine degrees and Simmons became hypothermic.

The Vancouver Island woman says when she started the attempt the weather was cooperating and the water was smooth, but then the waves grew.

The swimmer was also unable to keep food down and therefore had no calories to keep warm.

Simmons says she was attempting the double-crossing of the strait as an inspiration to others with MS.

While disappointed she didn’t make it, Simmons says she had to keep her promise to supporters to stop if it became dangerous.

“I stopped to talk to my crew and I could just feel there was something wrong with my body and then I started shivering,” Simmons said. “I normally don’t shiver so I had promised myself and the kids at Sangster Elementary that if anything like that happened I would exit the water.”

Last year, Simmons successfully swam one way across the strait.

The temperature then was between 11 and 13, versus nine degrees this year.

She has not decided whether she will try again next year.

Simmons says while it won’t make the record books, she still raised awareness and hope for people with MS and that was her number one goal.