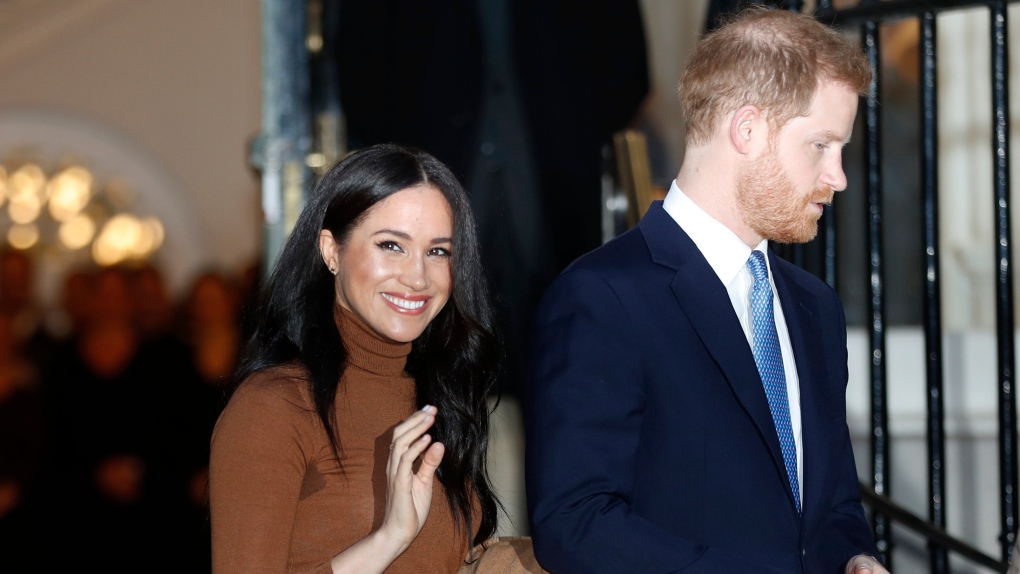 In this Jan. 7, 2020, file photo, Britain's Prince Harry and Meghan, Duchess of Sussex leave after visiting Canada House in London, after their recent stay in Canada. As Prince Harry and Meghan step back as senior royals, questions linger over the role race has played in her treatment in Britain. (AP Photo/Frank Augstein, File)

VICTORIA -- Royal experts and tourism officials say Prince Harry and Meghan Markle aren't the only couple who have come to Victoria for a visit and ended up staying.

If the couple decides to make the community their part-time home, the city's mild winters by Canadian standards, British heritage and laid-back lifestyle could be attractions.

Royal experts say plans by the Duke and Duchess of Sussex to spend part of their time in Canada also signal the start of a generational shift for the monarchy and the Commonwealth.

Bruce Hallsor of Victoria's Monarchist League of Canada says the decision by Harry and Meghan to step back from their royal duties could strengthen Canada's ties to the monarchy.

The duke and duchess reportedly spent the Christmas holiday season at a waterfront estate in North Saanich, about 25 kilometres north of Victoria.

Meghan has reportedly returned but has not made a public appearance.

David Spence, president of Vancouver Island's Royal Commonwealth Society, says Harry and Meghan's plans should be viewed as the start of a new generation for the monarchy.

But Prof. Mariel Grant, a modern British historian at the University of Victoria, says they chose Victoria to make their plans because they wanted to be as far away from Buckingham Palace as they could.

This report by The Canadian Press was first published Jan. 14, 2020.