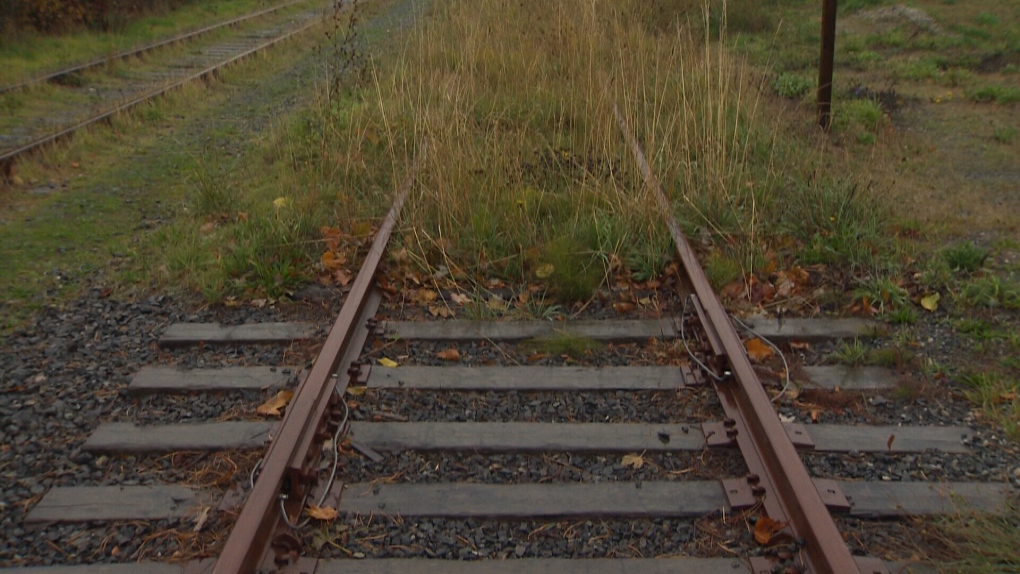 An overgrown section of the old E&N rail line between Langford and Victoria is shown. Oct. 14, 2016. (CTV Vancouver Island)

Vancouver Island’s historic E&N rail line is up for debate again – and this time a former MP is speaking out over what should happen with the unused and unmaintained track.

Denise Savoie, former Member of Parliament for Victoria, says after years of failed attempts to resurrect passenger service on the route it’s clear trains won’t run on it again.

“There will never be high-speed trains on this track and the government’s own report states that,” she said.

Savoie sat on the board that originally created the Island Corridor Foundation, the organization committed to reviving the railway.

“At that time we felt that there was hope,” she said. “Many of us had hope of riding the train up and down the island.”

But now Savoie says she feels it’s time to tear up the track and create a multi-use trail.

“You know this route passes along many of the communities on the island, so they could benefit from the increased tourism,” she said.

Savoie is part of the group Friends of Rails to Trails, which is beginning to circulate online and paper petitions asking the government to turn the E&N tracks into a path similar to the Okanagan’s Kettle Valley trail or even the Galloping Goose.

She said she approached the ICF with the idea but was met with a cool response, but she’s reminding the group that part of its mandate is to ensure some sort of transportation uses the corridor.

“We’ve seen all the economic opportunities that there are for local communities to benefit from the increased tourism, for cyclists that would use it, or just people wanting to go out for a walk safely,” she said.

Savoie is now urging the public to sign the petitions on the group’s website, and also asking them to contact city officials and MLAs to try to get them on board.