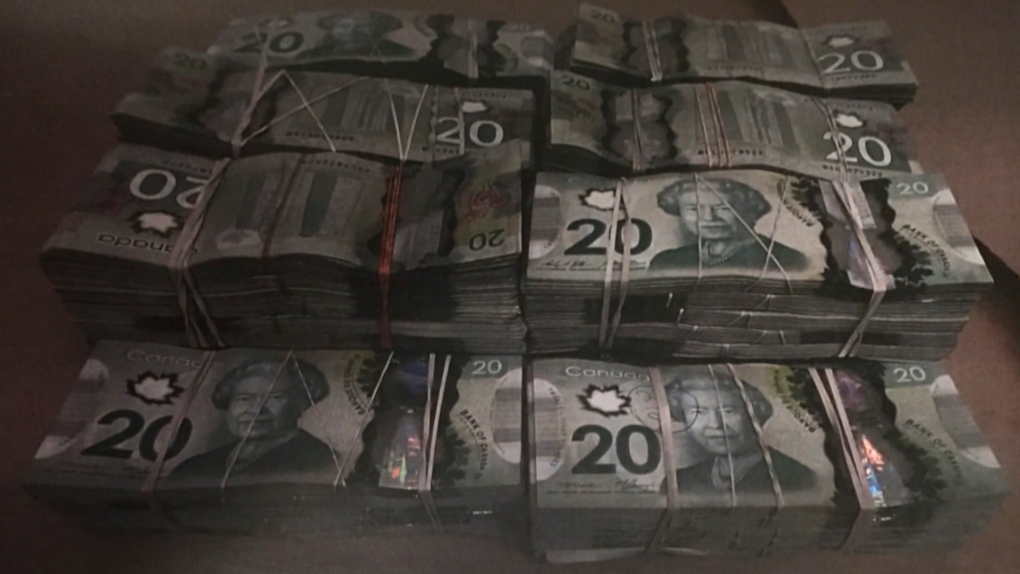 Seized cash is seen in this CTV News file image.

VANCOUVER - A lawyer says an inquiry into money laundering in British Columbia would not exist without the “courage” of an ex-police officer who spoke out about alleged “interference” with his mandate to investigate organized crime in casinos.

Paul Jaffe says the public will not view the inquiry as operating on a “level playing field” if the commission refuses to grant standing to Fred Pinnock, the former RCMP unit commander of the integrated illegal gaming enforcement team in B.C.

He made the comments to commissioner Austin Cullen at a public hearing today to consider the applications for standing from Pinnock as well as B.C. Lottery Corp. executives James Lightbody and Brad Desmarais.

Jaffe described Pinnock as a “whistleblower” who was so concerned about what he observed in his role at the RCMP that he took early retirement in 2008 after 29 years with the force and began speaking out publicly about money laundering.

Lightbody is the president and CEO of the lottery corporation and his lawyer, Robin McFee, told Cullen that he has significant privacy, reputational and professional interests that could be affected by the commission's proceedings.

Cullen reserved his decision on the applications from Pinnock and Lightbody while granting a one-month adjournment to Desmarais to allow his lawyer to obtain and review additional documents.

This report by The Canadian Press was first published Oct. 18, 2019.