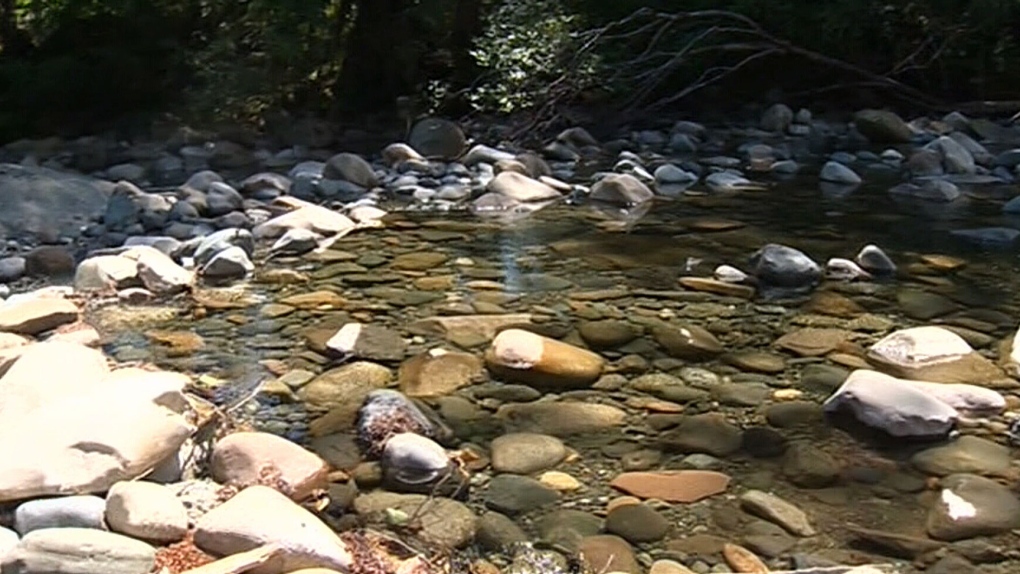 The Puntledge River is at a fraction of its usual water level for this time of year, according to BC Hydro. (File)

In an unprecedented move, the B.C. government has issued a level four drought rating for all of Vancouver Island and the Gulf Islands amid soaring temperatures, extremely dry conditions and low flows.

It’s the highest drought rating possible, and the first time a level four rating has been issued since the province started declaring drought levels in 2010.

The province has also suspended sport fishing in streams and rivers for all of southern Vancouver Island and the Gulf Islands, effective July 4, as unseasonably low water levels and warming temperatures put fish stocks in jeopardy.

Salmon in particular need space to be able to accelerate over small waterfalls while returning up-river, and could die if temperatures continue to climb, according to conservation experts.

The fishing ban applies to rivers and streams south of Bamfield on the west coast of the Island, and south of Campbell River on the east coast.

Some of the major rivers affected include the Englishman, Chemainus, Cowichan and Puntledge.

Only the Qualicum and Quinsam rivers are exempt from the closure, because they have enough deep pockets of water for fish.

Earlier this week, BC Hydro reported four of its watersheds on the Island are running at about 15 per cent of their capacity to try to conserve water.

According to B.C.’s River Forecast Centre, level four drought conditions mean an area’s water supply is “insufficient to meet socio-economic and ecosystem needs,” and municipalities are encouraging residents to reduce their water use by as much as they can.

In Comox Valley, which recently bumped up water restrictions to stage three, that means residents can’t use automatic or manual sprinklers, fill pools or hot tubs or use power-washers while the restrictions remain in place.

Various water restrictions are also in place in most municipalities including Nanaimo, Port Alberni, Campbell River, Saanich, Cowichan Valley and all of the Capital Regional District.

Farmers across all of Vancouver Island have speculated that crops could dry up if a more sweeping water ban is issued.

The government said it could take further steps, including the temporary suspension of short-term water approvals or water licenses in affected watersheds, if necessary. 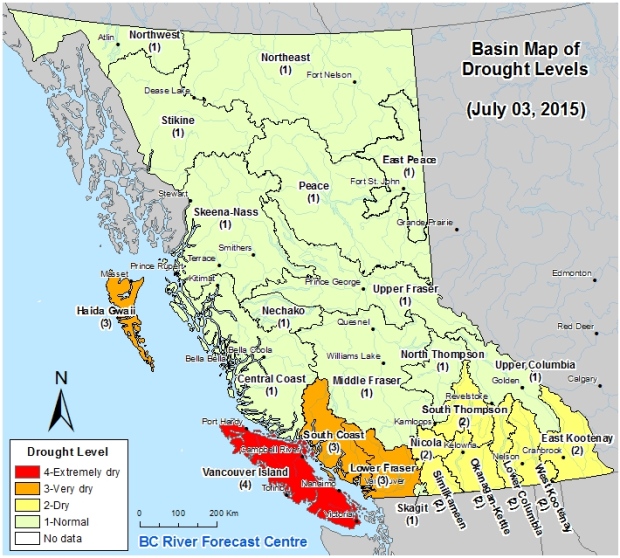 A BC River Forecast Centre map shows drought levels across the province. July 3, 2015.