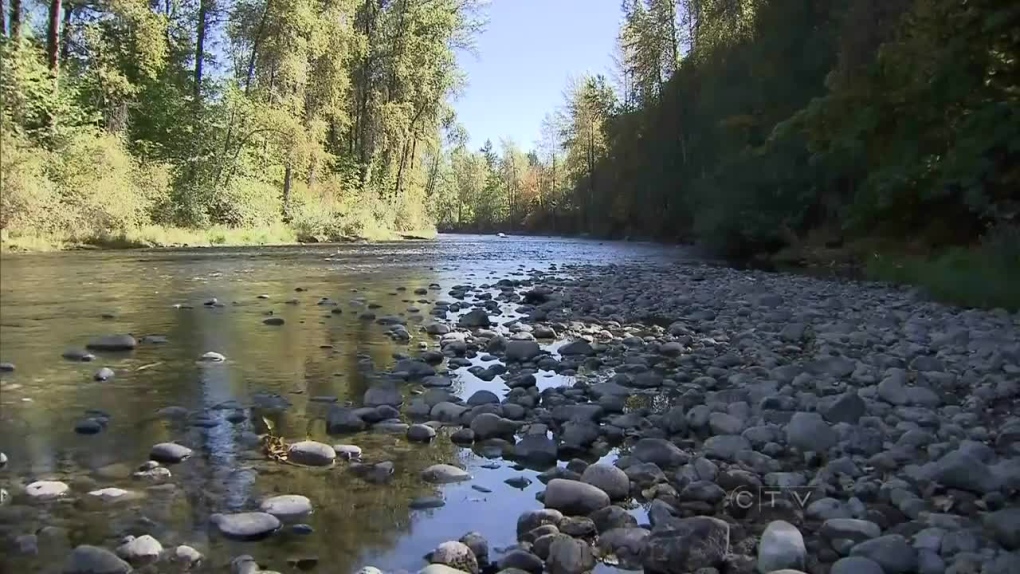 FILE - The Cowichan River is shown in this undated file photo.

VANCOUVER - Environmental concerns are rising along with the soaring temperatures in British Columbia, where a heat wave has generated worries about forests fires, water supplies and fish habitats.

Weekend forecasts are calling for record-shattering temperatures in the low 30s on the south coast, and low 40s in the southern Interior, prompting Environment Canada to issue special weather statements.

Drought conditions could be on the way if the dry weather persists.

“We would really need to see much wetter than normal conditions to provide a lot of relief in the rivers, just given the deficits that are there right now. And that scenario is not likely,” Campbell said in an interview.

A low water flow advisory is already in place on Vancouver Island, he added, and low flows could cause problems for humans and animals alike.

The lack of water is a huge problem for salmon returning up rivers, explained John Richardson, head of the University of British Columbia's department of Forest and Conservation Sciences.

“It makes it really hard to jump through barriers and things like that. Even a tiny waterfall, they need some space to accelerate to get over top of that, and if the water's too shallow, they don't have that space,” he said.

Smaller volumes of water also heat up more quickly. Richardson explained that when the temperatures get too high, fish have difficulties functioning normally, and may die.

Richardson predicted that there will be lower salmon returns to the spawning grounds this year.

The warm, dry spring has also raised the alarm for forest fires throughout the province.

Fire crews are still battling major blazes near Pemberton, Norman Lake and Lytton, and the Prince George Fire Centre had responded to 15 new fires that started on Thursday alone, all sparked by lightning.

Humans are also at risk during the heat wave.

Soaring temperatures this weekend increase risk, she said, but people can prevent heat stress and injuries by drinking lots of water, taking rests, and doing the hardest work during the coolest parts of the day.

The scorching temperatures will no doubt have people scrambling for the cool relief of water this weekend, and B.C.'s chief coroner is reminding swimmers and boaters to wear properly fitting life jackets, and stay away from alcohol.

“Hot weather draws people to B.C.'s beaches, rivers and lakes,” Lisa Lapointe said in a news release. “They're wonderful places for recreation, but people need to be aware of basic safety precautions and minimize some of the inherent risks of water-based activities.”