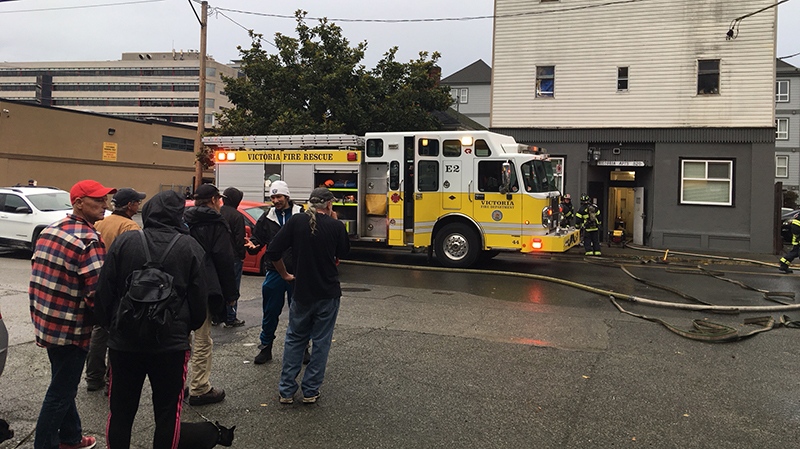 At least two people won't be returning home after a fire broke out in their downtown Victoria apartment.

Firefighters were called to an apartment building on Fisgard Avenue for a report of a fire Thursday afternoon.

They managed to contain the blaze to one suite, but a mattress and some clothes sustained damage.

Some plumbing was also affected, causing extensive water damage to the suite as well as the one below it.