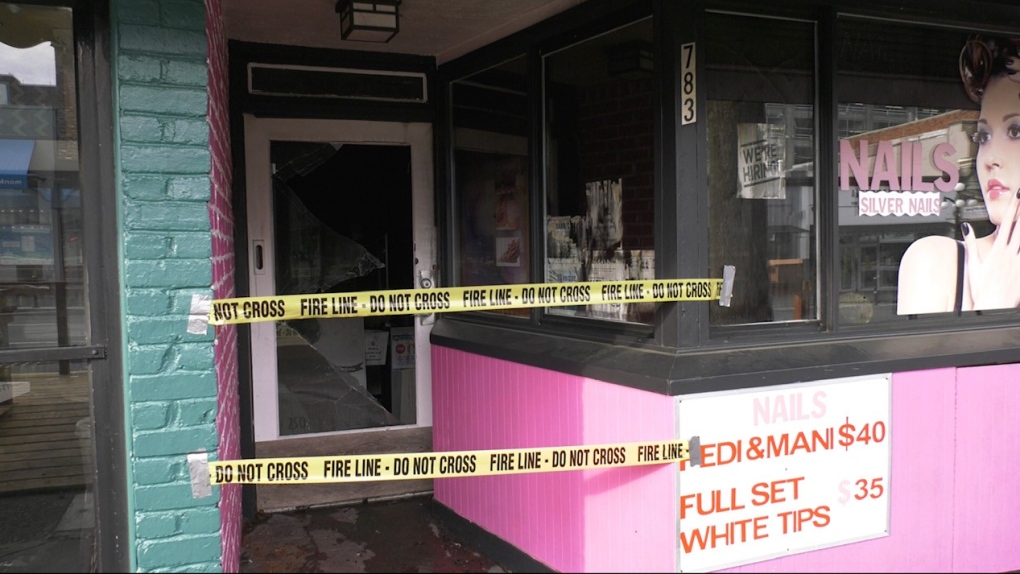 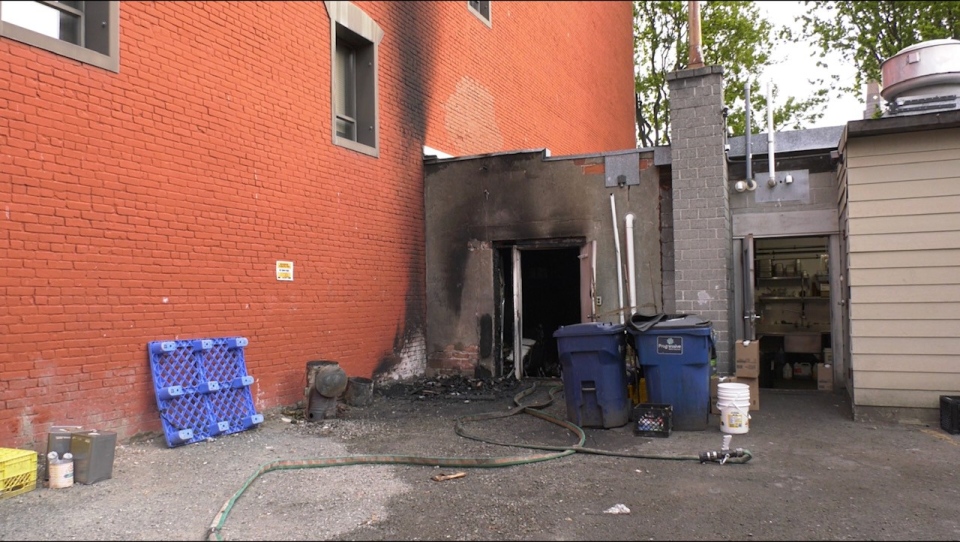 The fire department says there were initial reports of a fire at the back of the building with potential occupants inside as someone nearby reported hearing screaming and banging in the building.

Firefighters arrived to heavy black smoke blanketing the salon and a neighbouring business.

The fire was quickly extinguished and nobody was found inside.

Firefighters believe the banging and screaming was likely from someone at the rear of the building trying to alert anyone who may have been inside to the danger.

The Victoria police forensic identification unit has been to the scene to look for evidence of who might have sparked the blaze.

The fire department estimates damage to the one-storey building at $255,000. Police say a neighbouring restaurant was also damaged.

The cause of the fire remains under investigation by Victoria police and fire investigators.