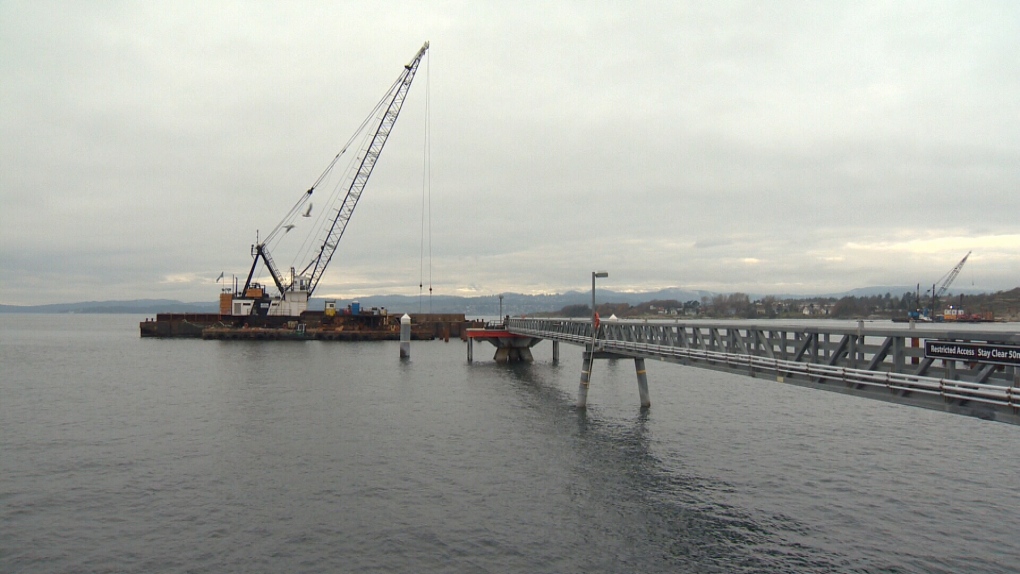 The Greater Victoria Harbour Authority is also committing more than $4.9 million to the project – for a joint total around $6.8 million. Nov. 29, 2018 (CTV Vancouver Island)

A $1.9 million investment from the federal government will help Victoria’s cruise terminal bring larger ships and more tourists to the region, through a dolphin extension project.

It’s a cluster of piles that bear the weight of ships and keep it along the pier.

“This project is all about tourism,” said Marco Mendicino, parliamentary secretary to the Minister of Infrastructure and Communities. “This is the busiest port of call in all of Canada. There are going to be 265 cruise ships that are going to make their home here at some point next year with over 700,000 passengers. And that’s why we’re thrilled to be supporting it with this investment under the infrastructure portfolio.”

The Greater Victoria Harbour Authority is also committing more than $4.9 million to the project – for a joint total around $6.8 million.

“With the dolphin extension, we look to have an increase of $160 million into the local economy. It creates jobs here,” said the harbour authority’s CEO, Sonterra Ross.

Most of the construction will happen under water. Pier B will be extended at Ogden Point by 55 metres and two breasting dolphins will be added on each side of the main pier structure to accommodate larger vessels.

“The Royal Caribbean Ovation of the Seas has committed to arrive here in 2019, so we are in a timeline,” added Ross. “We’re hoping to complete the dolphin project in March of 2019 and she’ll arrive in May of next year.”

The initial dolphin structure was built at Ogden Point in 2010, also to accommodate larger ships at the time. It’s 70 metres out from the pier, so the new construction will make it a total of 125 metres.