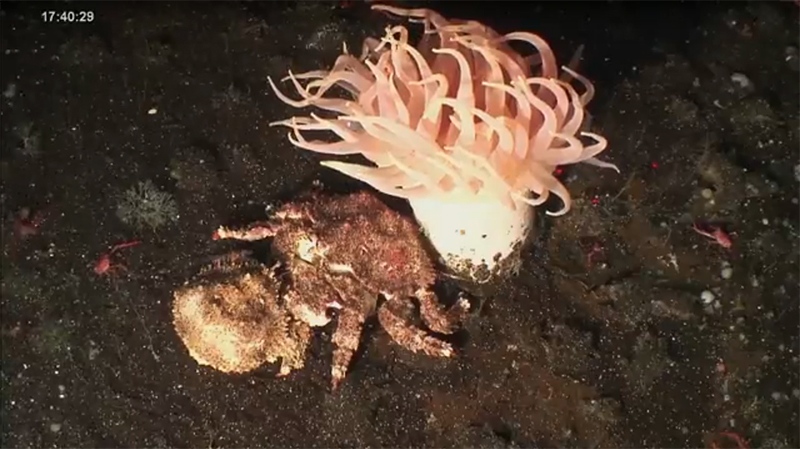 A crimson anemone provides shelter for a pair of box crabs on an underwater seamount off the coast of Haida Gwaii. July 11, 2018. (Fisheries and Oceans Canada)

An underwater expedition team is shedding light on a deep sea mystery off B.C.'s coast – and they're doing it in a live broadcast.

The Northeast Pacific Seamounts Expedition is the result of a partnership between Fisheris and Oceans Canada, the Haida Nation, Oceana Canada and Ocean Networks Canada.

The expedition's aim is to explore underwater mountains near Haida Gwaii and monitor the biodiversity of the unique ecosystems.

The crew is currently on day seven of the 16-day expedition, which wraps up July 21, and was exploring depths of up to 1450 metres.

Not only is the expedition being streamed live through state-of-the-art technology, viewers are able to send questions regarding the mission while they do it.