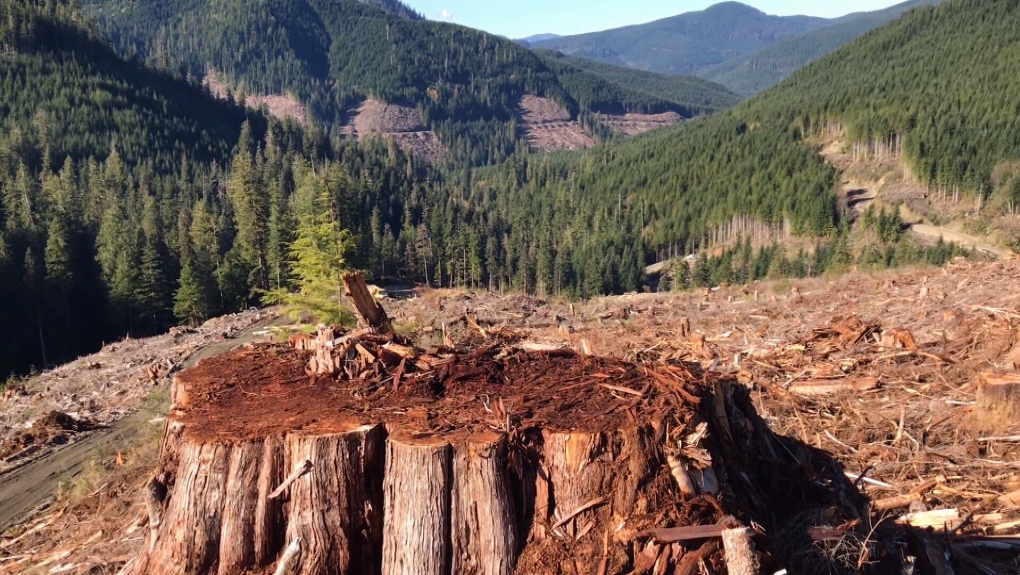 VICTORIA -- The environmental group Wilderness Committee is calling on the B.C. government to halt all old-growth logging operations in the province.

It says that since the NDP received a report and recommendations from the Old-Growth Strategic Review Panel last April, there has been an alarming spike in approved logging operations.

Wilderness Committee says the mapping revealed 84,669 hectares were approved last year, up from 59,228 hectares in the previous 12-month period.

"Which is significant because it was a year ago last week that the province received a report that called for a paradigm (shift) in old-growth forests” said Torrance Coste, a Vancouver Island campaigner with Wilderness Committee.

"So to see government commit to this report, to promise to save old-growth and then turn around and approve 43 per cent more old-growth logging is really concerning – and I think, raised a lot of questions about their commitments," he said.

The group says it is unclear if new permits are being awarded or if logging companies are now acting on existing permits, ahead of potential regulations in the future. Ultimately, the group says it wants the province to pump the breaks until a clear path has been drawn out.

"Whether a logging company has a permit to log it or they don’t yet, the provincial government has the power to stop logging there," said Coste.

"We’re calling on them to use that, and ensure that, as they have this discussion about what to do with old-growth – and that will take a couple years," he said. "There still needs to be these forests left after we have this conversation."

A spokesperson for the Ministry of Forests, Lands, Natural Resource Operations and Rural Development tells CTV News the province is committed old-growth forests and has taken action by protecting 200,000 hectares in nine areas of the province.

"We do not agree with the outcomes of the Wilderness Committee’s analysis or the techniques they used for their analysis," said ministry spokesperson David Haslam.

"We also question how they have used the data and do not agree with it. Our government is committed to work with the committee to better understand their results and to provide a true account of our old-growth forest," he said.

After receiving the report from the Old-Growth Strategic Review Panel last year, the province says it has commissioned an independent panel to advise on how to improve the protection of old-growth forests.

The province also says it is now working on its next steps, which include engagements with Indigenous peoples, environmental advocates and forest-dependent communities.