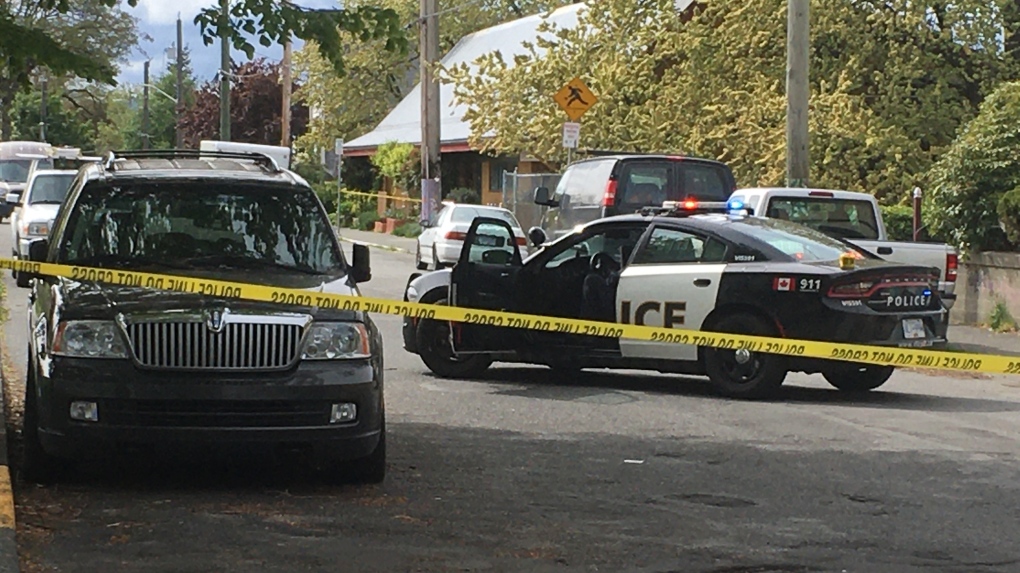 Victoria police are investigating a suspicious item that was left at a basketball court in the Fernwood area: April 30, 2020 (CTV News)

VICTORIA -- The Victoria police department is asking residents to stay away from the Fernwood basketball court area as police investigate a “suspicious circumstance” Thursday.

Police say they were called to the basketball court at roughly 12:30 p.m. for reports of a man dropping off a toolbox in the area and leaving.

“Patrol officers attended the scene and determined that the toolbox was suspicious,” said police.

“We are responding out of an abundance of caution and are asking people to avoid the area at this time.”

Officer from the Greater Victoria Emergency Response Team (GVERT) have since been called to the area.

VicPD is now hoping to speak with the man who dropped off the toolbox to determine what is inside.

He is described as a white man with a brown beard who was wearing a long sleeve shirt at the time. Police say he drove a white vehicle, which may have been a Mazda, and removed the toolbox from its trunk before leaving it on the basketball court.

Anyone with information on the toolbox or the man is asked to contact VicPD’s non-emergency line at 250-995-7654 and to press #1 when making the call to get in contact with the report desk. Information can also be shared anonymously with Greater Victoria Crime Stoppers at 1-800-222-8477.

“This file is in the early stages of the investigation,” said police. “We will provide further updates as soon as we are able.”