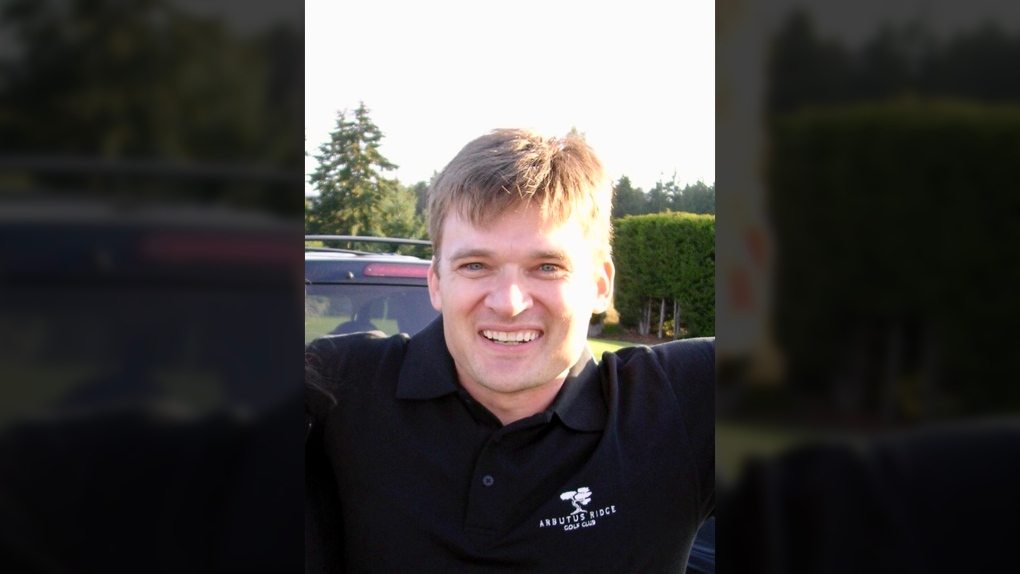 Andrew Berry, an Oak Bay man charged with killing his two young daughters, is shown in an undated photo.

The trial of an Oak Bay father accused of killing his two young daughters on Christmas Day 2017 continued in a Vancouver courtroom on Friday.

Andrew Berry is charged with two counts of second-degree murder in the stabbing deaths of Chloe, 6, and Aubrey, 4. He has pleaded not guilty.

Berry was found in his bathtub, suffering wounds to his neck and chest, along with a swollen, black eye, according to first responders.

On the witness stand Friday morning, the ear, nose and throat specialist (Otolaryngologist) that operated on Berry testified.

Dr. Kevin Clarke told the court he was called in for a reported stabbing involving injuries to the neck and airway.

When he first saw Berry lying on a stretcher, he appeared conscious and was able to follow those around him with his eyes. Berry did not speak.

The doctor said he observed numerous wounds on Berry's chest and neck, but only one was potentially life-threatening -- a puncture wound on the left side of his neck, close to his Adam's apple.

Clarke testified it was a single, horizontal incision that had damaged the jugular and pierced the hard layer of cartilage protecting the voice box, breaking into three pieces. Had any of the pieces dislodged into the airway, he said Berry could have died.

Clarke described the wound as deep, and consistent with a blade or knife. It was fairly straight, and required some force, but the doctor was not able to say if Berry inflicted the wound on himself, or if someone else did it.

The doctor also noted several horizontal slashes on the front of Berry's neck which he described as superficial, as well as more than 10, but less than 20 wounds to his chest, none life-threatening.

The Crown maintains Berry inflicted the wounds on himself in an unsuccessful attempt to take his own life. The Defense maintains someone else committed the murders, and tried to kill Berry.

The trial began in April, and is slated to last into August.