Dog runs 2.5 km for help after owner falls while hiking in B.C. Interior 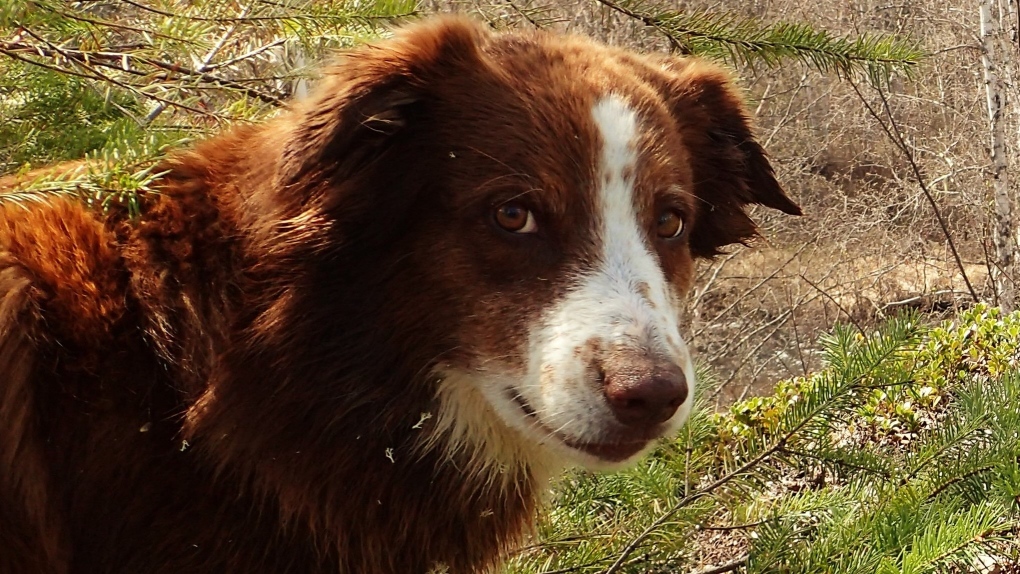 When Trevor Goward fell and separated his shoulder in the wilderness near Clearwater, B.C., his dog Purple ran to get help while he battled the early stages of hypothermia. (Photo courtesy: Trevor Goward)

VANCOUVER - Stranded in the wilderness, well off the trail and two-and-a-half kilometres away from its entrance, Trevor Goward believed he would soon be departing the planet he spent most of his life studying.

The 67-year-old scientist, an associate member of the University of British Columbia's department of botany, took out his audio recorder and began leaving farewell messages to friends and family for whoever recovered his body to find.

A few minutes earlier -- or maybe a few hours, it was hard to tell amidst the delirium from hypothermia setting in -- he had asked his beloved dog Purple to go get help.

He never doubted that she understood him. Purple had been a "remarkable" animal since she was a puppy, often understanding and executing complex instructions the first time she was told them.

As he sat there, shivering and in pain from a shoulder dislocated in a fall, Goward contemplated his own mortality not because he lacked faith in his dog, but because he worried she might not be able to find his research partner Curtis Bjork.

"My concern was really that she wouldn't get back with him in time," Goward told CTV News Vancouver. "It wouldn't be that she would fail. It's just that there might have been no help to get."

Of course, Purple did find Bjork. It wasn't too late.

"I'm pretty sure I just would have died," Goward said. "It is fair to say that she saved my life."

The seven-year-old Australian shepherd returned with Bjork, who had radioed his colleagues with the Upper Clearwater Fire Brigade.

Soon, members of the volunteer fire organization and concerned neighbours had all followed Purple back to the spot where Goward had fallen. They built a fire to try to warm him up as they waited for crews from Wells Gray Search and Rescue to join them.

After taking pain medication and concluding that he was probably too tall to be carried out on a stretcher, Goward said he felt well enough to walk out of the bush with help from his rescuers.

He said he's been told the hike took about four hours, but it felt like much less to him. The whole ordeal, which began with his fall around dusk on Oct. 14 and ended in hospital early the following morning took more time than he thought had passed.

"Most of the time I was not aware that I was there, even," Goward said. "The whole incident lasted about 14 hours. To me it seemed like it was about two hours. I have about two hours of replay. The rest of it is just gone."

Throughout the ordeal - once she had returned with help - Purple was by Goward's side. A photo taken after Goward made it out of the woods shows him seated in the ambulance and Purple looking on with concern, as though she wants to jump into the ambulance to stay with him. 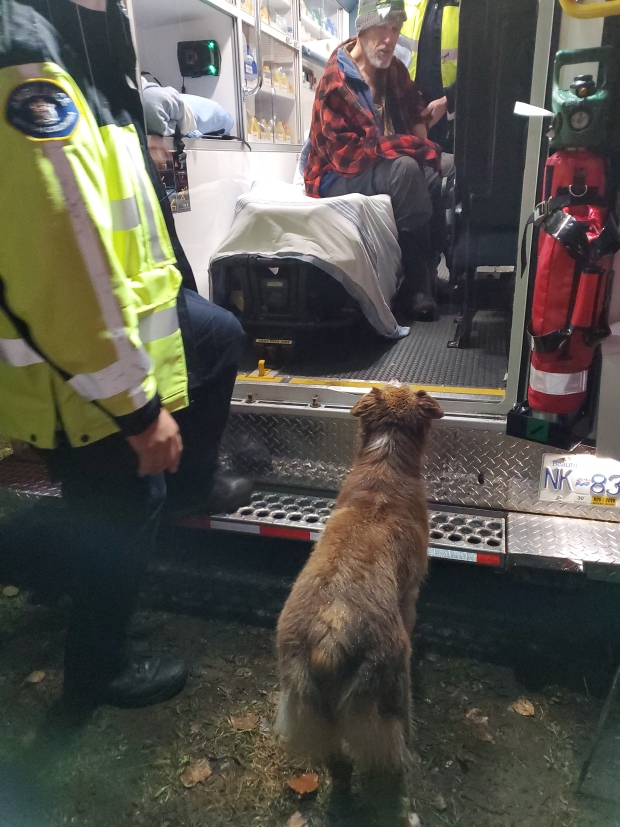 The name Purple comes from the dog's nose, which has a purple hue, Goward said.

In the days since he returned home, Goward said, Purple has had "a glow" about her.

"Purple has been, ever since then, just basking in some sort of an understanding that she did something rather remarkable," Goward said. "She feels like she's earned her kibbles, I think."

"It's not a frightening thing any longer," Goward said. "I'm 67 now. I have to start thinking about mortality at some point, and this was kind of like a preview. It was not at all like I thought it would be."

Still, despite the messages he recorded for his loved ones and the sense of acceptance he felt when he thought his death might be imminent, Goward is deeply grateful to have survived to tell his story.

"I want to give back," he said. "I want to really thank the people who contributed to my being here to talk about this. First and foremost, of course, is Purple."