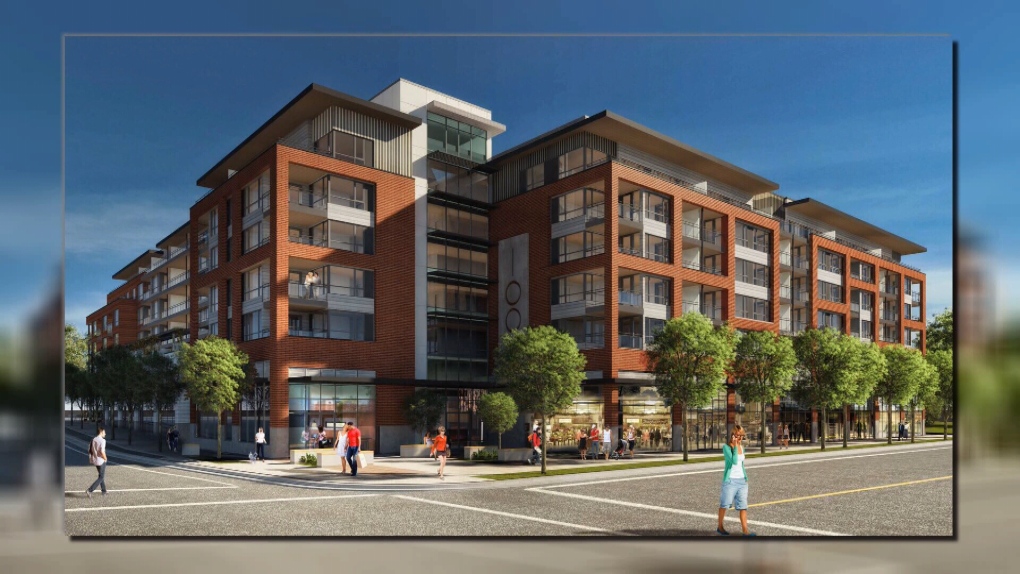 An artist rendering of a proposed multi-use development on the former site of St. Andrew's school in downtown Victoria, B.C. Aug. 27, 2015. (BlueSky Properties)

Sparks were expected to fly at a public hearing Thursday night at City Hall involving a controversial development that has been years in the making.

City council said it is expecting a packed house as it tries to decide whether the former St. Andrews school site, bordered by Pandora Avenue, Mason Street and Vancouver street, should be re-zoned to make way for a mixed-use development.

Developer BlueSky Properties has proposed to build 209 rental units with ground-level commercial space at the site, which has sat vacant since 2013.

Members of the North Park Neighbourhood Association are against the proposal, saying it will shut in part of the neighbourhood while causing an influx of traffic.

“We’re against this particular development as it stands today,” said board member Charles Joerin. “In a nutshell, it screams exclusivity and we define ourselves as an inclusive neighbourhood that welcomes all kinds of folks.”

“This has been a pretty hot topic in Victoria for the last three-and-a-half years,” Brown said. “I feel like from the get-go, there have been quite a few issues with the way this developer has approached this neighbourhood.”

Those in opposition have also said a proposed 35,000 grocery store in the building would draw customers away from some of the smaller businesses in the area.

But the Greater Victoria Chamber of Commerce said the development is crucial, particularly with the city sporting a measly one per cent vacancy rate for rental housing.

Some of the opponents have said they might support the plan if changes are made to the existing proposal – such as dividing up the project into two parcels so residents can pass through the property.

The public hearing was set to begin at 7 p.m., and though there’s a chance the application could pass, council could postpone their debate on the matter to another meeting.

With a report from CTV Vancouver Island’s Yvonne Raymond