Police say an estranged spouse accused of abducting her daughter to the U.K. has been arrested and the toddler is now in the process of being returned to her Saanich-based mother.

A Canada-wide warrant was issued for the arrest of Lauren Etchells in 2016 after she allegedly abducted her and Tasha Brown's daughter Kaydance, then 19 months old, and took her to London, England.

The abduction was reported by Brown, who married Lauren in 2013. The couple conceived Kaydance through a donor process.

The couple separated in July 2015 and Kaydance lived with Lauren as the couple went through custody proceedings.

During that time, a judge ordered Lauren to surrender Kaydance's U.K. passport and not leave Vancouver Island, but she allegedly defied the order, obtaining a new passport for Kaydance in April 2016.

Lauren, her new partner Marco van der Merwen and Kaydance allegedly flew from Vancouver to London on May 8, 2016, according to police.

They lived there for more than three years before police confirmed Thursday that Lauren had been arrested along with her parents, Brian and Angela Etchells on July 1.

Investigators said the group was spotted trying to land a 13-foot inflatable dinghy on the shores just south of St. Catherine, Jersey, a small island in the English Channel. 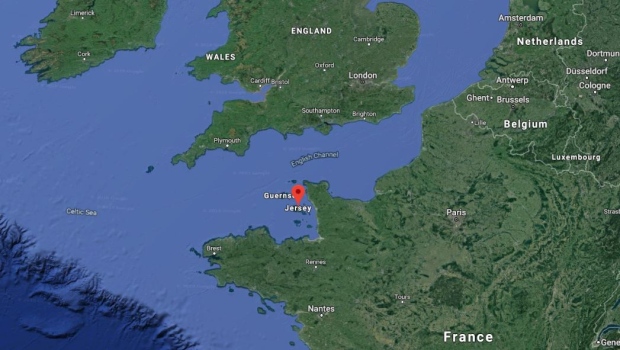 "When questioned as to their plans, they advised they were holidaying in France and decided to pop over to Jersey for a visit," Saanich police said. "None of the 5 passengers had passports and it quickly became apparent to officials that their story did not add up."

Police believe they were trying to get to the U.K. via Jersey to avoid having their passports checked.

Lauren remains in custody during extradition proceedings. Kaydance, now 4, has been placed in foster care "while the complexities of this international investigation are worked through," police said. She will eventually be returned to Canada, but the process may take time.

The youngster appears to be in good health and is happy, said Saanich Police spokeswoman Sgt. Julie Fast.

In a statement, Brown said she was ecstatic.

"I am extremely grateful to learn that she is in good health and good care," she said. "I am celebrating today. Kaydance is alive, and we know where she is! But I can’t celebrate 100% yet. Not until Kaydance is back in Canada."