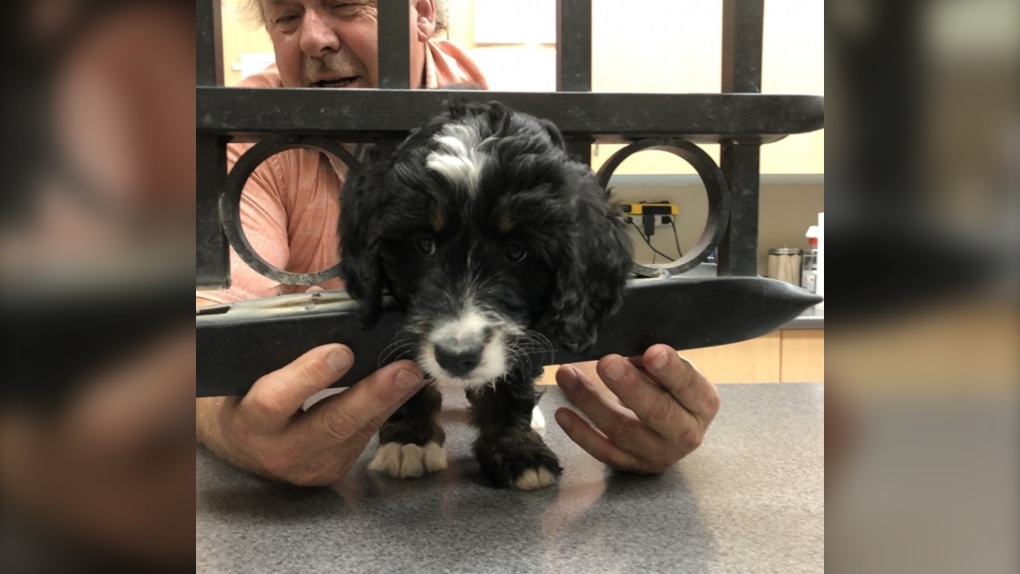 An eight-week-old Bernese Mountain Dog puppy is uninjured after she got her head stuck in a metal gate earlier this week.

On Monday afternoon, the puppy's owners called the Colwood Fire Department to help them free their four-legged friend from her accidental imprisonment. 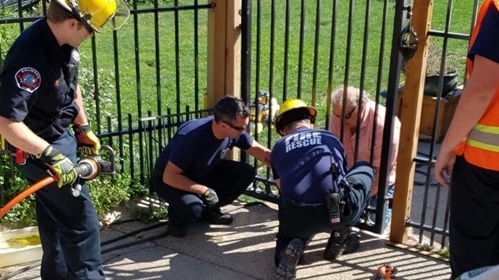 Once firefighters arrived, they tried all they could to gently remove the dog, Sophia, from a small circular area of an aluminum fence gate.

Unable to wriggle her free, the firefighters used the Jaws of Life to pry off a section of the gate.

The puppy was then brought to the Juan de Fuca Veterinary Clinic to see if professionals there could help set her free.

"They came down, we had a look, and we tried to manipulate the head a little bit to figure out how stuck it was in there," said veterinarian Mark Foley.

After a few failed attempts of wiggling Sophia's head free, Foley and his veterinarian coworker Maureen Stone decided to sedate the puppy to help calm her down.

"We didn't want her stressed or crying out," said Foley. 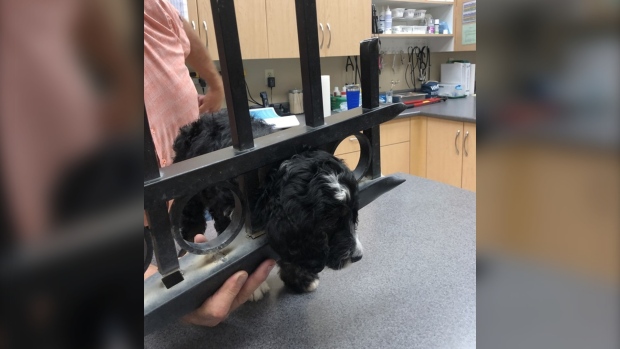 The veterinarians then tried to cut the puppy free, first by using a wire saw on the aluminum gate.

Foley says that he had nearly managed to cut through the metal railing before two wires from his wire saw broke. He then went to grab a small hacksaw from his truck to help finish the job and by the time he returned, his coworker managed to free the puppy, one ear at a time.

"While I was out at the truck she was able to finally pull one of the ears through and get some of the dog's loose skin back through the ring," he said.

"Once the sedation medication hit the dog and the dog was relaxed enough, it was easier to manipulate the head."

According to the veterinarians, the freed puppy was unharmed by the ordeal.

"There were no physical injuries, no wounds or head trauma, just more stress and emotional trauma for both the owners and the puppy," said Foley.