City of Victoria wages war on potholes after 'severe weather' 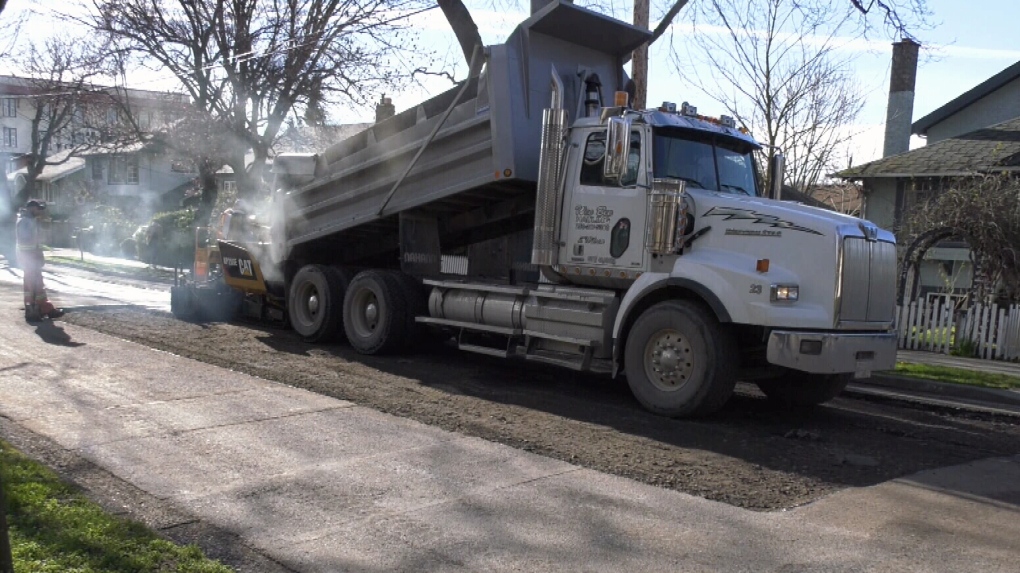 From James Bay to the Oaklands neighbourhood, harsh weather has caused the road surface to degrade and break apart. Some sections are so bad the city is removing the roadway and repaving. (CTV News)

VICTORIA -- Drive down any major street in Victoria and you will find them: teeth-rattling, shock absorber-shaking potholes.

From freezing snow to torrential rain, in the past few months local streets have taken a beating. As a result of the harsh weather, there are thousands of craters between the curbs of Victoria streets and city crews are attacking them with hard labour and hot asphalt.

"We fixed 600 potholes in January and February," said City of Victoria engineering and public works director Fraser Work. "There may be 2,000 to 3,000 more out there because there may not be one there today but there may be tomorrow."

From James Bay to the Oaklands neighbourhood, harsh weather has caused the road surface to degrade and break apart. Some sections are so bad the city is removing the roadway and repaving.

"The weather really wreaks havoc on our roads," said Work. "What we get is a lot of freeze-thaw and we get moisture in the cracks of our asphalt that freezes."

The roadway then lifts and as cars travel over the cracked asphalt, it begins to break away. What was a blemish on the asphalt becomes a pothole very quickly.

"We are seeing an accelerated set of pavement degradation events," said Work. "All of it is from the severe weather we have experienced."

One crew is removing the pavement with a process called milling. When the asphalt is removed a second crew is repaving the larger sections of the road to make the repair last longer. In an effort to maintain safe roads, city crews prioritize emergency routes first for repair.

Information on where the potholes are is gathered by city staff and from the public. Work said one of the best sources on finding pothole locations is the operators of street sweeping machines, who are out cleaning the streets every day.