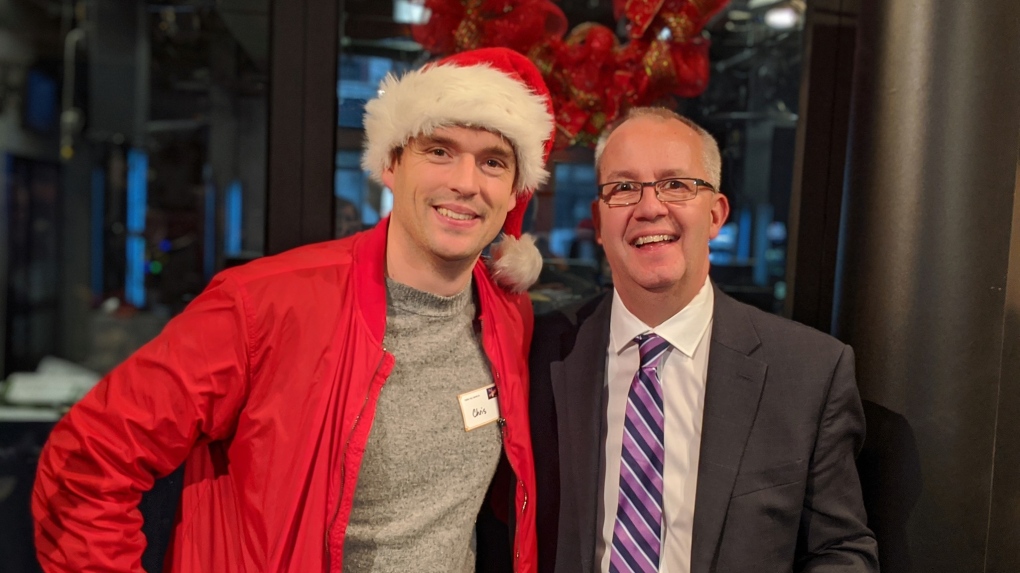 VICTORIA -- The run must go on for CFAX 1070’s morning show host, Al Ferraby. The radio host says that he will continue his tradition of running a half-marathon for charity, even though the marathon he was going to run in has been cancelled due to COVID-19.

His annual fundraiser – which supports Santa’s Anonymous, a charity that provides hampers for local families in need – is now underway.

For more than 10 years now, Ferraby has been raising money for Santa’s Anonymous by running in the Oak Bay’s Half Marathon, a tradition he wants to carry on.

Despite the pandemic cancelling the organized marathon, Ferraby decided to continue with the fundraiser, the Al Ferraby $21 for 21km Solo Half Marathon, after recently going for a run.

“I can still run and do a full 21 kilometre run and still raise money for charity at the same time, just kind of a no brainer,” he said.

Shortly after he announced his charity run on his morning show on Monday, the phone rang with one person promising to pledge for the fundraiser.

“Immediately, the premier called and said, 'I’m in!'” said Ferraby.

B.C. Premier John Horgan pledged $210 for the cause, and is a regular contributor to the fundraiser, according to the morning show host.

Horgan was even invited to join on the run, at a safe distance, Ferraby said jokingly.

The CFAX host says he will not be announcing his exact route so that people will not come out to cheer him, to respect physical distancing guidelines.

Since starting his fundraising campaign several years ago, in conjunction with Santa’s Anonymous, Ferraby has raised close to $100,000 to help children and families in need.

This year, he is asking for supporters to pledge $21, or $1 for every kilometre he runs.

“I never put a figure on how much [I want to raise], I just know this is going to be an extraordinary year for how people are impacted by the pandemic,” he said.

“People are struggling. So hopefully people can dig deep and find a way to do it.”

CFAX’s Santas Anonymous Society is one of Greater Victoria’s longest running children’s charities, working diligently to serve families with children in need. They provide Christmas hampers to hundreds of families every year as well as support throughout the year for those that need it.

Donation’s to Al Ferraby $21 for 21km Solo Half Marathon can be made online here.

Alternatievely, people can make donations by calling into the CFAX 1070 morning show between 5 a.m. and 9 a.m. on Friday, May 22.

Ferraby’s half-marathon will be livestreamed on the Santa’s Anonymous Facebook page on the morning of Sunday, May 24.

“We say ‘we are in this together’ and we truly are,” he said. “So if I can go out and run 21 kilometres and make an impact on children and families to make their lives better, then the decision is pretty easy to make.”