Breeder surrenders 17 matted and urine-soaked dogs to BC SPCA

The BC SPCA has removed 17 dogs from a Vancouver Island breeder after they were found soaked in urine and feces with badly matted fur and overgrown nails.

Officials say all of the terriers were in poor condition and have serious dental issues, and some suffered urine scalds to their feet.

“I can’t even imagine how they would feel,” said Cowichan Valley SPCA branch manager Sandi Trent. “Every one of them were inside kennels. Most of them, in fact all of them, were covered in urine, feces, and when I say heavily matted, it required a trip to Island Veterinary in Nanaimo who called in two of their vets after hours to help out.”

The dogs are now being cared for in foster homes with adoptions pending.

“Behaviourally, I think they’ll be very successful because quite honestly, they were all very social little butterflies,” said Trent.

The Cowichan Valley dog breeder who surrendered them did so following a brief investigation and has agreed to not own or take possession of any new animals, the SPCA said.

“We were lucky in this case that we were able to intercede early, but without regulations of this industry we see too many situations that can slip through the cracks and the animals are the ones who suffer,” said Marcie Moriarty, BC SPCA’s chief enforcement officer.

She said the case is another example of why tougher laws announced earlier this year are necessary to regulate dog and cat breeders in B.C.

The new legislation, which has yet to take effect, will require breeders to obtain a licence to operate and introduce additional monitoring and enforcement. 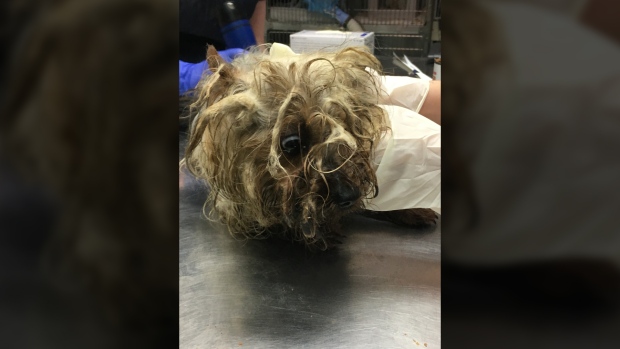