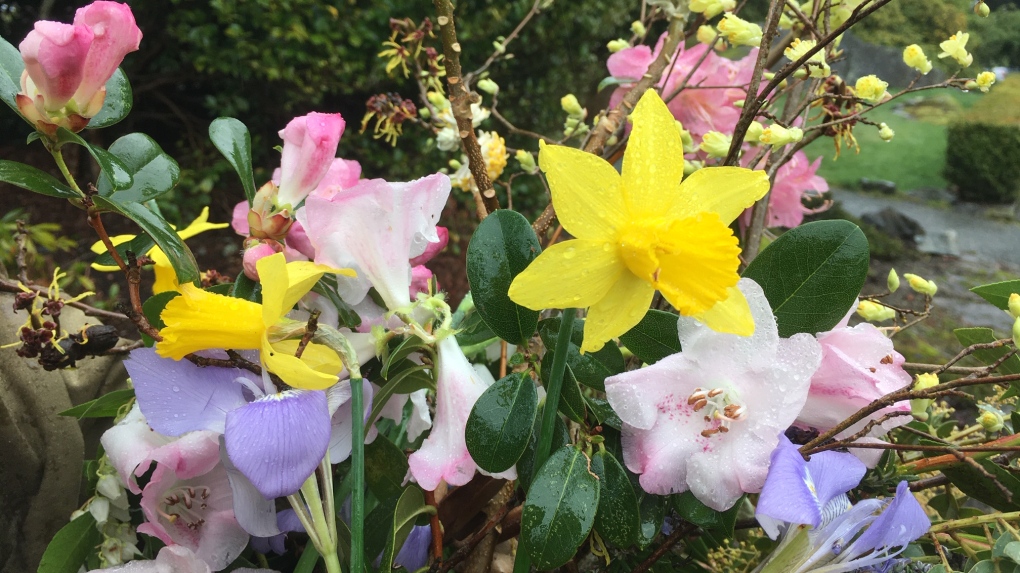 People who are interested in participating can count up every blossom and flower they see and send their tallies to the Greater Victoria Flower Count website. (CTV News)

VICTORIA -- Pick a flower, any flower, and start keeping track of every one you see. That's the message of the 45th annual Greater Victoria Flower Count, a week-long event starting this Wednesday to help promote the island's natural beauty.

From March 4 to 11, organizers of the flower count are asking residents to get explore the region and do some colourful math. People who are interested in participating can count up every blossom and flower they see and send their tallies to the Greater Victoria Flower Count website.

"The flower count is an excellent way to remind the rest of Canada that this is where they should be at this time of year, here, Victoria," said Catharine Holt, CEO of the Greater Victoria Chamber of Commerce, while holding a large bouquet of flowers. The flowers were just picked from the gardens of Government House, where the event will was announced.

Excitement is budding for this year's flower count, which is expected to reach totals in the billions.

"In 2010, there were 21 billion," Holt told CTV News. "And last year, there was an all-time record of 44 billion flowers counted in Victoria."

Paul Nursey, CEO of Destination Greater Victoria, says that the flower count helps the tourism industry showcase the island's "climatic advantage," when compared to chillier parts of the country.

"Local citizens have been organized to share our climatic advantage with the rest of Canada," said Nursey. "We actually send daffodils out at this time of year to our best customers across the country. It’s something we use to help promote that it’s a wonderful place to visit.

Anyone interested in participating in this year's flower count can submit their petal totals to the organizers online here.