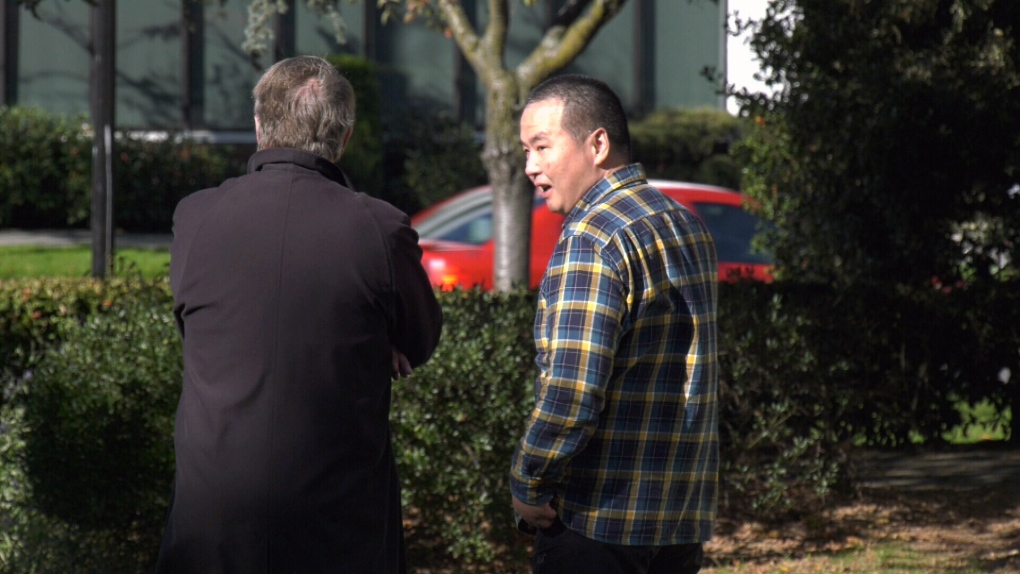 VICTORIA -- An Esquimalt homeowner accused of setting fire to his own rental home after a dispute with his tenant appeared in a Victoria courtroom Wednesday.

Wei "George" Li is charged with one count of arson for the October 2017 fire at a duplex he owned in the 300-block of Uganda Avenue.

Two residents of the building were not home at the time but their home was left uninhabitable.

Li was arrested a short time later at Victoria International Airport as he was trying to board a flight to Ottawa.

Airport security screener Lorna Shaw testified Wednesday that she saw Li in the airport screening area, looking as if he was in distress.

Li told her he had been in a fire and was "lucky to be alive," she said.

Shaw told the court she offered Li a cold pack and some skin cream to help with the pain from burns on his hands, neck and face.

She testified that Li told her he was in a house fire that morning and tried to get out but the "door blew in," forcing him to escape through a window.

Shaw said she told her boss about the passenger and her boss contacted security.

Victoria airport firefighter Jay Krieger testified that on Oct. 3, 2017, he got a call to the pre-boarding area of the airport for a passenger with burns to his hands and face.

Krieger told the court he tended to the man and also noted that some of the passenger's hair was singed.

Krieger testified that Li told him he had been in a fire and said Li appeared to be in shock as a result of his injuries.

Krieger asked Li if he had called 911 to report the fire and Li said no. He said Li told him he was scared and didn't know what to do. He also told Krieger he was from Quebec and was in Victoria "dealing with some tenants," Krieger said.

Krieger said airport authorities called the RCMP to ensure that firefighters had been called to the fire and Li was later arrested at the airport.

Krieger said Li appeared "scattered" when he spoke with him. Under cross examination by defence lawyer Rolfe Horne, Krieger testified that the burns on the back of Li's neck and ears had blistered.

The jury trial is scheduled to last three weeks at B.C. Supreme Court in Victoria before judge Robin Baird.