B.C. will need to double its electricity production by 2055, study finds 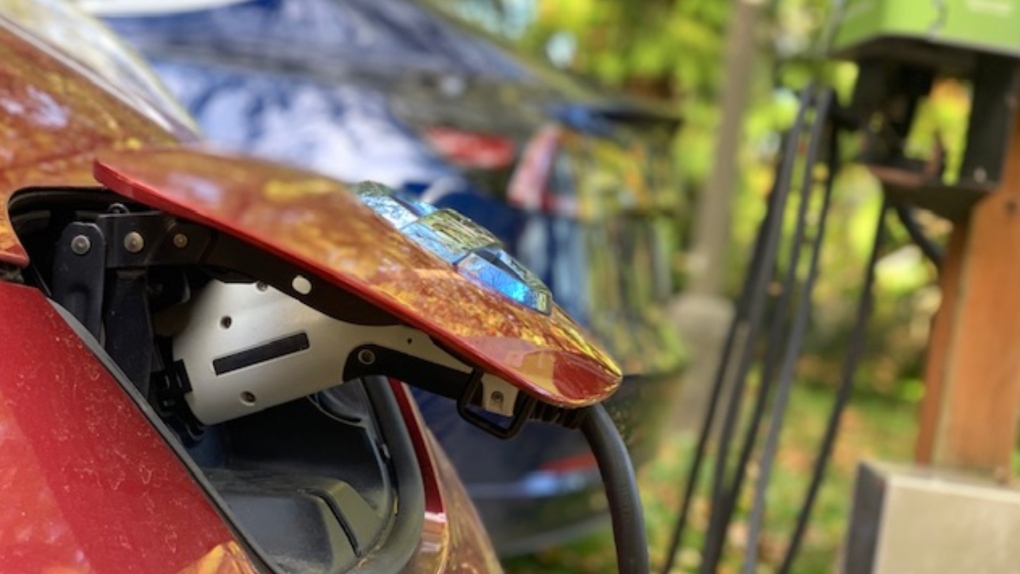 An electric vehicle is plugged in at the University of Victoria campus in October 2019. (PICS)

VANCOUVER - By 2055, British Columbia will need to generate more than twice as much electricity as it currently does, according to new research from the University of Victoria's Pacific Institute for Climate Solutions.

The research assumes that all vehicles on the road in 2055 will be electric, which is in line with the provincial government's goal of having all new vehicles sold in the province be electric by 2040.

Population and economic growth projections will require the province to increase its electricity-generating capacity from the 15.6 gigawatts it produced in 2015 to 23 gigawatts by 2055, researchers found.

Adding in the demand from a fully electric transportation system province-wide, researchers project an additional 60 per cent capacity would be needed, bringing the total required to 37 gigawatts.

The study, which will be published in the November issue of the journal Applied Energy, also calculates that the cost of generating this extra electricity from 93 per cent renewable sources - as required by B.C.'s Clean Energy Act - would not rise much.

The average cost of energy would be expected to go up by roughly nine per cent, according to the study, which also found that a smaller increase is possible if at least half of electric vehicle drivers charge their vehicles at off-peak hours.

“Our modelling shows that electrification of transport systems, and a significant reduction in greenhouse gas emissions (GHGs), can be achieved at relatively low additional cost to the electricity system,” said study co-author Curran Crawford in a release.

Crawford is a member of the PICS Transportation Futures for BC project and a professor at UVic's Institute for Integrated Energy Systems.

Where the province will get the required extra electrical capacity remains an open question, but the study's authors see it coming from renewable sources, including wind and solar power.

“B.C.’s planned Site C project will provide 1.1 gigawatts, but it just scratches the surface of potential increased power and energy needs, as this research shows," said Crawford. "Solar photovoltaic and wind power look very promising for B.C. due to their falling costs.”

Assuming the province is able to meet the rising demand using renewable sources, having all vehicles in the province run on electricity would reduce emissions 38 per cent between 2015 and 2055, according to the study.