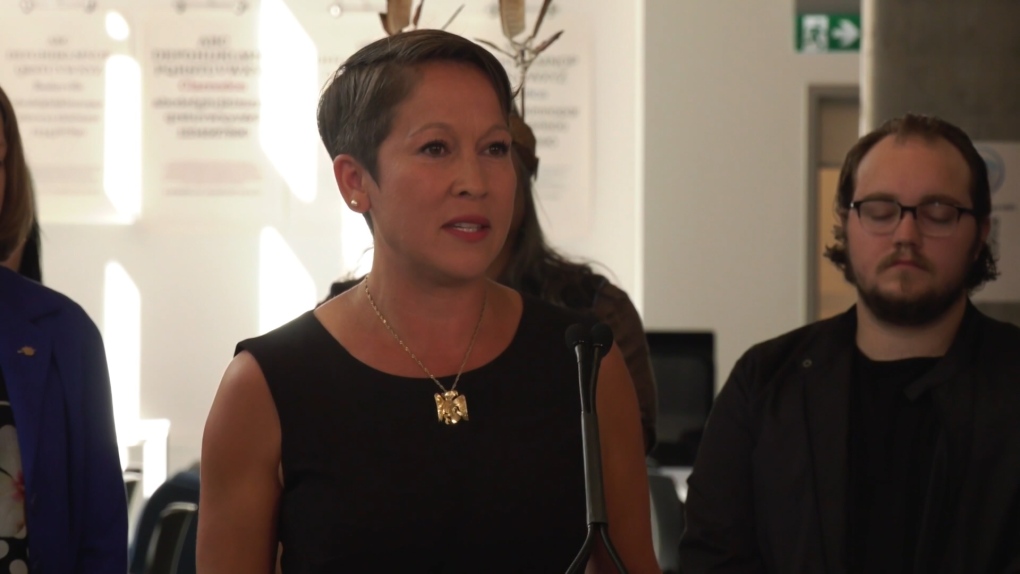 B.C. Minister of Advanced Education and Training Melanie Mark speaks at an event in Vancouver in August 2019. The Society of BC Veterinarians says Mark and her ministry are unnecessarily delaying changes that would alleviate a shortage of vets in the province. (CTV)

VANCOUVER -- The professional association representing veterinarians in British Columbia says the provincial government is unnecessarily delaying changes that would alleviate a shortage of vets in the province.

In a news release this week, the Society of BC Veterinarians - a chapter of the Canadian Veterinary Medical Association - accused Minister of Advanced Education and Training Melanie Mark of saying no to "an immediate and time-sensitive opportunity to train an additional 20 B.C. students to become veterinarians."

The society says it regularly receives calls from farmers and pet owners across the province complaining about how long they have to wait for veterinary care.

"It’s becoming a crisis, and the chapter found a way to partially fix the problem and asked the minister for help, but she said no," said society president Dr. Al Longair in the release. "I don’t understand why animals and their guardians in this province have to continue to suffer because the Minister said no."

According to the society, Alberta used to fund 20 seats at the college as well, but recently stopped doing so, choosing to expand its own veterinary university instead. The society would like to see B.C. assume responsibility for those seats to address what it calls an increasingly "dire" shortage of veterinarians in the province.

"We found a time-limited opportunity to actually address this problem, and we began advising the ministry one year ago," Longair said. "We always said the deadline was the end of 2019. Now, as we are almost at the deadline, the minister is delaying until it’s too late."

For its part, the ministry said in a statement to CTV News Vancouver that it is "in the process of negotiating a funding agreement with" WCVM that "will include provisions to increase B.C.'s seats in the future."

The ministry did not say how many additional seats it would be funding, but said it expects a finalized agreement by spring of next year.

"Just under half of the vets currently practicing in B.C. graduated from WCVM, with the other half coming from other Canadian and international veterinary medicine programs," the ministry said.

The province spends $8.4 million annually to support programs at WCVM, including 80 undergraduates (20 in each year of the four-year program), a graduate program and the operation of a teaching hospital, the ministry said.

"We have made it clear we are committed to maintaining our current levels of support," it said.