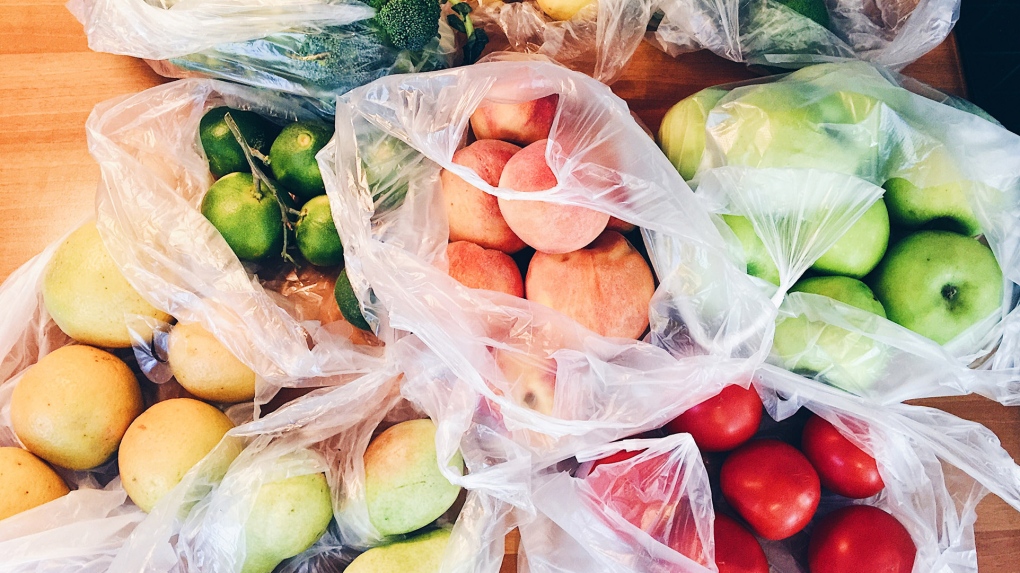 The proposed changes would also require plastic producers to ensure other single-use items – such as sandwich bags, straws and cutlery – are recycled. (File photo)

The proposed actions come after Victoria's year-old municipal ban on plastic bags was struck down this month. The B.C. Court of Appeal ruled the city moved ahead with the ban without first gaining the approval of B.C.'s environment minister.

Now the environment ministry is soliciting public feedback to a proposed province-wide ban and the expansion of the beverage container refund system to include all containers, including containers for milk and milk substitutes.

“The message from British Columbians is loud and clear – we need to take action to reduce plastic waste, especially single-use items like water bottles and plastic bags that often find their way into our waters, streets and environment,” Environment Minister George Heyman said in a statement Thursday.

“We have all seen the striking images of animals and fish being caught up in everyday plastic waste like grocery bags or beer can loops that ensnare these beautiful creatures and it cannot continue. I look forward to hearing from people about how we can all play a part in reducing plastic pollution and plastics use overall.”

The proposed changes would also require plastic producers to ensure other single-use items – such as sandwich bags, straws and cutlery – are recycled.

The province says it is exploring ways to make plastic recycling easier, including a proposed system of electronic refunds for bottle returns, eliminating the need to sort bottles.

In response to the announcement, the mayors of Victoria, Tofino, Squamish and Rossland issued a joint statement saying, "we are delighted to see the province launch a consultation period to hear from British Columbians on this important issue."

The proposed changes also appear to have the support of BC Green Party leader Andrew Weaver, who said in a statement that taking action to prevent plastic waste is a priority his party shares with the ruling BC NDP.

“We have a responsibility to British Columbians to curb the significant impacts of plastic pollution on our environment and marine life,” Weaver said.

B.C. residents have until 4 p.m. on Sept. 18 to comment on the proposed changes online.