B.C.'s largest field house to be built in Langford

The largest field house in British Columbia is being built on Vancouver Island. Pacific FC, the island's professional soccer team, is funding the new training facility, which it's planning to share with the community.

The president of the club, Josh Simpson, said it's an exciting opportunity which he hopes will change the way locals think about soccer.

The plans show a 55,000-square-foot facility on Kettle Lake Drive in Langford. The soccer club is leasing the land from the city and is footing the $5-million bill for the facility. The city says the facility will open its doors in December.

Local teams are invited to rent out the multi-use space when Pacific FC is not practising, giving them a chance to get out of the rain during the winter months.

"You know if it's one degree and there's a wind chill, and it's raining, it's pretty cold and pretty miserable," said Lower Island Soccer Association coach Andrew Latham. He said he plans to have his high-level teams practising in the centre upwards of three time a week. 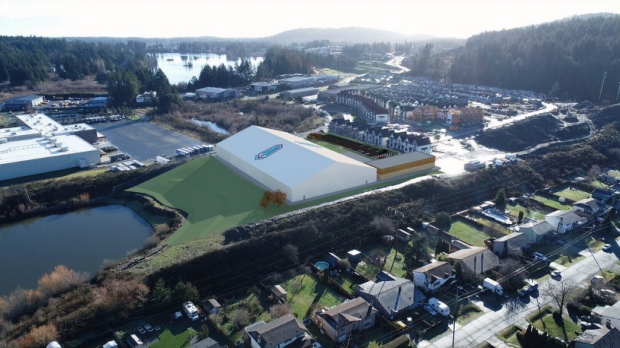 The facility plays into the city's hopes of becoming a sports hub, and city parks committee chair Lanny Seaton says the new facility will help attract and develop more athletes.

"We go on the map now," Seaton said. "Now when you see teams competing at international competition, they'll say they're from Langford."

Pacific FC says the facility will give young athletes an opportunity to "train like the pros."

For Latham, the new facility means reduced travel time for Island athletes, and puts professional sport opportunities on their doorstep.

The facility is still in its early stages, but Pacific FC says it's already getting calls from teams about renting it out. 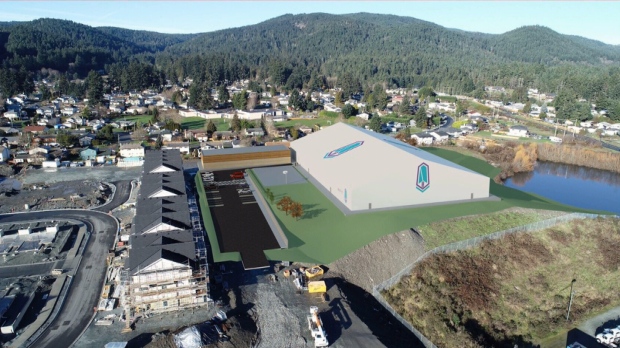