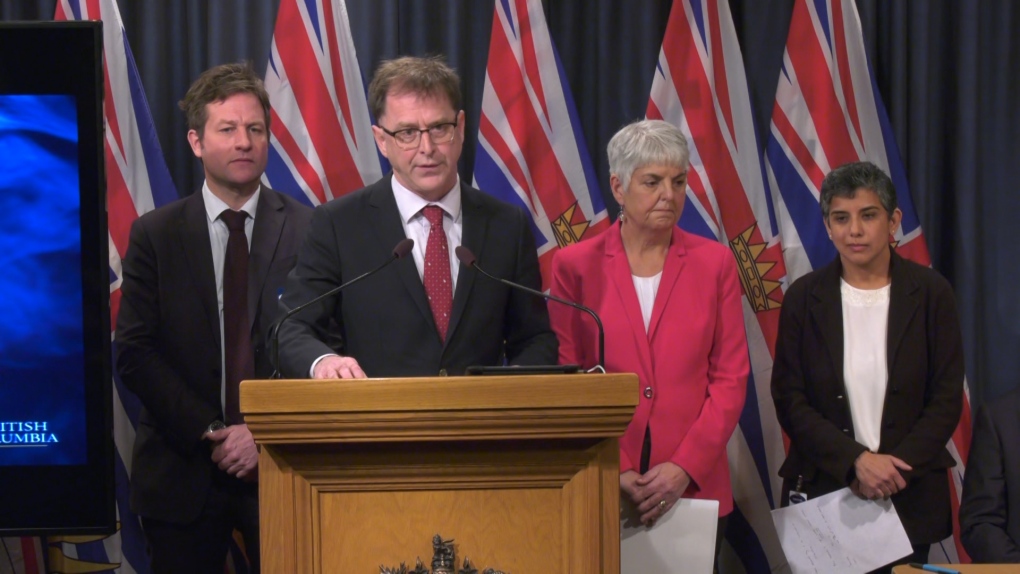 There are 20 professional colleges in B.C. with more than 120,000 members, including the College of Chiropractors, College of Physicians and Surgeons and the College of Traditional Chinese Medicine Practitioners and Acupuncturists.

An all-party steering committee consisting of three members of the legislature, including Dix, is proposing reducing the number of professional colleges to five. A public consultation on the proposal will end on Jan. 10.

“The proposal contained in this report is focused on improving patient safety and increasing public protections by supporting health-care professionals and the bodies that regulate them,” Dix told a news conference Wednesday at the legislature.

“In every instance, the colleges' overriding interest must be public protection and the safety of patients,” he said. “That's their mandate. That's their reason for existing. From time to time, we've seen challenges to that mandate.”

The regulatory colleges ensure their registered health professionals are qualified, competent and are following standards of practice and ethics.

Last April, Dix gave the College of Dental Surgeons of B.C. 30 days to improve accountability to the public following the release of a performance inquiry report that made 21 recommendations.

The report by Harry Cayton, a regulatory administrative expert commissioned by the Health Ministry, said the dental college board and its committees were more focused on protecting the interests of dentists over the public and the college was not effective in ensuring the safety of patients.

Dix also launched a system-wide review of all the regulatory colleges following the release of Cayton's report.

The College of Dental Surgeons said in a statement the changes proposed by the committee set a new direction for dental regulation and it is prepared to move as quickly as required.

Chief executive officer Dr. Chris Hacker said the college anticipated many of the governance recommendations made by the committee as part of its plan in response to the Cayton report

“We welcome the opportunity to build a collaborative approach to health regulation that recognizes the professional expertise and contributions of all oral health professionals, and embraces the role of patients and the public in the delivery of safe and effective care.”

Dix said the proposed changes would simplify and increase transparency in the public complaints and professional disciplinary process, while also ensuring professional boards are composed of members appointed on merit and competence. He said he expects the proposal, if approved, will result in a better informed public about disciplinary cases involving college members.

“To ensure the public that in all cases where actions are taken, that those actions will be posted and the public will be able to read or learn about those actions in a reasonable way, which I think is important,” Dix said.

A panel for each discipline hearing would include at least one health professional with clinical competence in the same profession as the registrant facing a complaint and at least one public member, says the committee proposal.

While B.C. allows colleges to decide how they address sexual abuse and misconduct, the report says Alberta and Ontario have taken specific measures to address the issues, including mandatory cancellation of practice and requiring colleges to pay for victims' counselling.

Dix said under the proposal to reduce the number of colleges, the largest bodies, including College of Physicians and Surgeons, College of Pharmacists and College of Nursing Professionals will remain as they are, while two new colleges would represent the remaining professions.

This report by The Canadian Press was first published on Nov. 27, 2019.