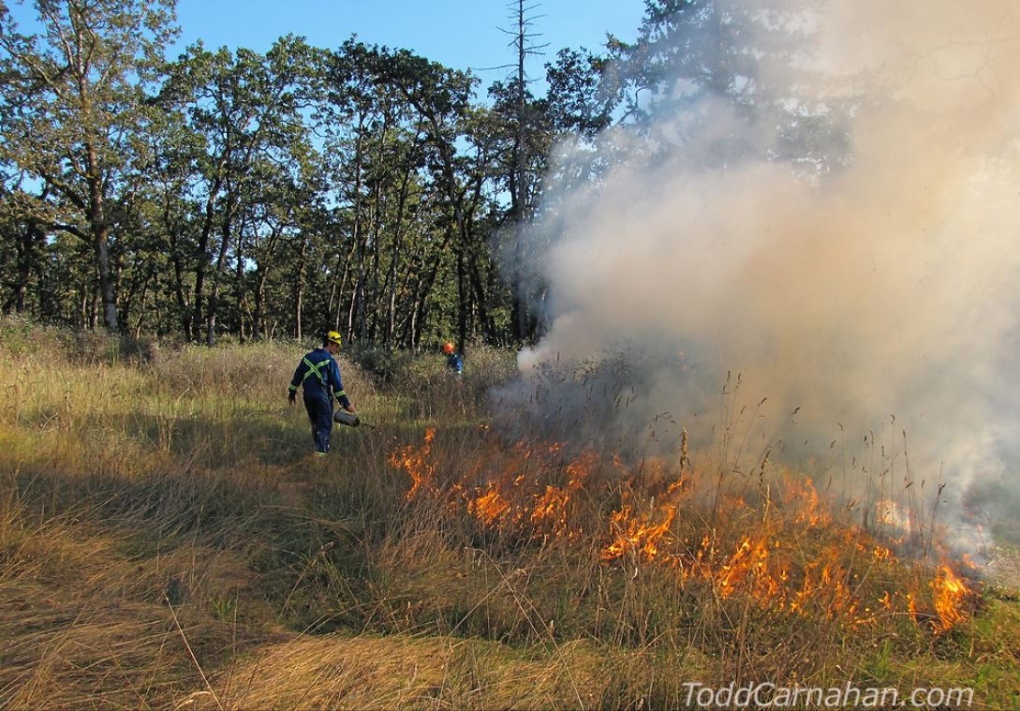 The upcoming burns are planned for the Cowichan Garry Oak Preserve near Maple Bay and Rocky Point in Metchosin.

Both are scheduled to be lit sometime in September or October, depending on favourable weather conditions.

Garry oak groves are an important part of the province's natural health and support "the highest diversity of plants in coastal British Columbia," according to the Nature Conservancy of Canada.

These types of environments are home to a range of plants and animals, including great horned owls, yellow montane violets and over 100 types of native bees.

While Garry oaks used to be found throughout southeastern Vancouver Island, the Nature Conservancy of Canada estimates that over 95 per cent of the island's Garry oak population has been lost to urban and agricultural development.

The province is set to burn 1.5 hectares of the Cowichan Garry Oak Preserve, roughly six kilometres northeast of Duncan, to help support regrowth, remove dead wood, and prevent invasive species from encroaching on the area.

The Cowichan preserve is a unique ecosystem even by Vancouver Island standards and is home to Canada's largest recorded Garry oak tree.

Meanwhile, Metchosin's Rocky Point is set to receive a 20-hectare burn. The province will work with the nearby Department of National Defence fire department to complete the burn in three stages.

According to the province, First Nations communities used to maintain Garry oak ecosystems in a similar way.

"Reintroducing fire into these areas is an effective way to promote natural regenerative processes, control invasive species and slow the encroachment of conifer trees into these specialized ecosystems," said the BC Wildfire Service in a news release on Thursday.

The two upcoming burns will also provide the province with new data that will be used in future controlled burns on the island.