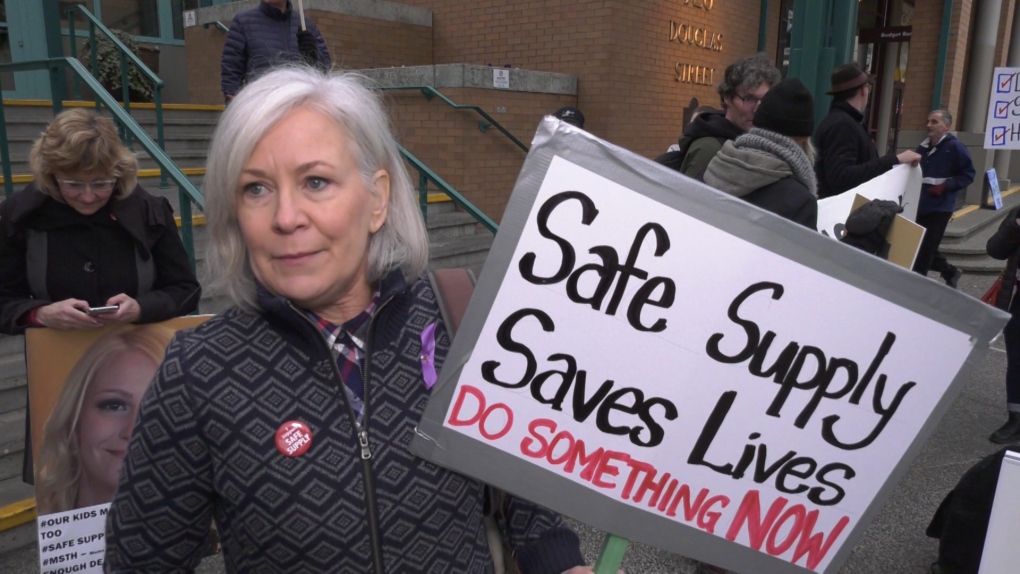 Advocates with Moms Stop The Harm gathered outside the Victoria Conference Centre on Nov. 23, 2019 to call for drug policy reform: (CTV News)

VANCOUVER -- A group demanding more effective policies to address illicit drug use says protests will be held in several locations Wednesday -- including Vancouver and Victoria -- to mark the fifth anniversary of the declaration of a public health emergency in B.C.

The province declared the emergency on April 14, 2016 as deaths related to toxic drugs soared -- and members of B.C. Moms Stop the Harm says there have been more than 7,000 deaths since then.

Group co-founder Leslie McBain says members want the province to immediately implement a safe and regulated supply of drugs for those with substance use disorders.

As the pandemic has increased the toxicity of the drug supply, accelerating B.C.'s death rate to more than five people per day, McBain says Moms Stop the Harm also wants immediate distribution of safe drug alternatives to save lives while better ways are found to protect users.