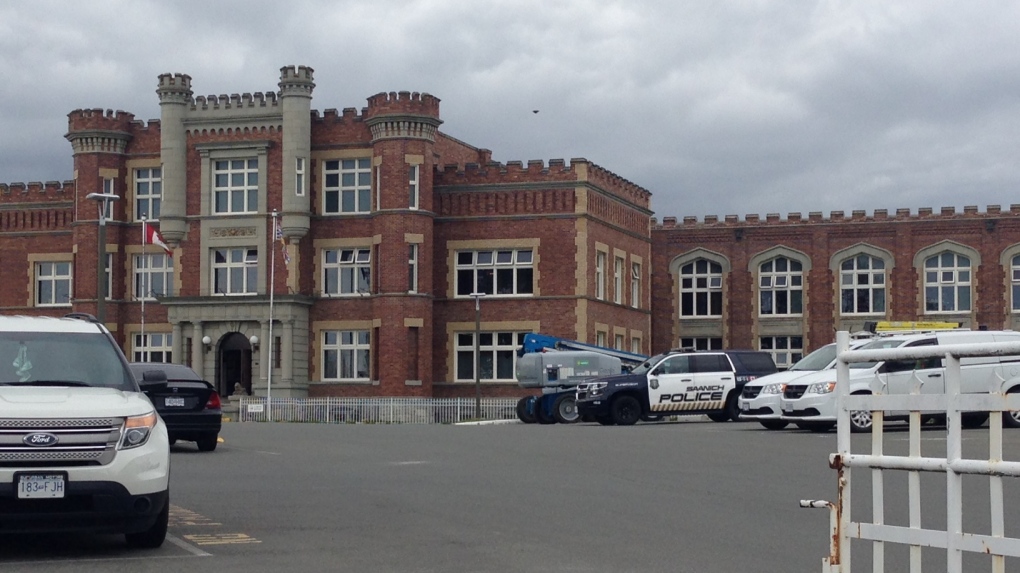 VICTORIA -- Provincial jails in British Columbia are preparing some inmates for early release amid the novel coronavirus pandemic.

The B.C. Ministry of Public Safety and Solicitor General says BC Corrections is conducting risk assessments on its non-violent inmate population to find suitable candidates for early release from custody.

The assessments will take into consideration an offender's criminal history, length of sentence, offence type and risk to public safety, according to the ministry.

The province says it is also considering "whether the individual released would have the necessary supports in place" upon their return to the community.

BC Corrections has already granted some temporary releases to inmates serving intermittent sentences – sentences served in chunks of time, rather than all at once – when it is considered safe to do so.

"This process has resulted in granting temporary absences, which are reducing the intermittent population," the ministry says.

The province says people who are in custody pending a court appearance can only be released on a decision by the courts.

While there have been no confirmed cases of COVID-19 at any of B.C.'s 10 correctional centres, the ministry says it is taking proactive steps to prevent an outbreak in the correctional system.

Correctional centres are engaged in daily pandemic planning meetings and have imposed strict cleaning and handwashing protocols for staff and contractors, according to BC Corrections.

Correctional centres are also practising physical distancing and limiting the numbers of inmates and staff at gatherings, according to the ministry.

The province tells CTV News it expects to have an estimate on the number of inmates already granted early release by the end of the week.

On Monday, the Correctional Service of Canada said two inmates and nine employees at a maximum-security prison in Quebec had tested positive for COVID-19.

The cases are the first confirmed instances of the novel coronavirus involving prisoners in a federal institution.

The service said in a news release that all of the affected employees at the Port-Cartier Institution are in isolation at home and are following direction from local health officials.

Prime Minister Justin Trudeau acknowledged last week that prisoners are at higher risk of contracting and spreading the virus, but did not say whether federal officials have been in contact with provinces about a nationwide plan.