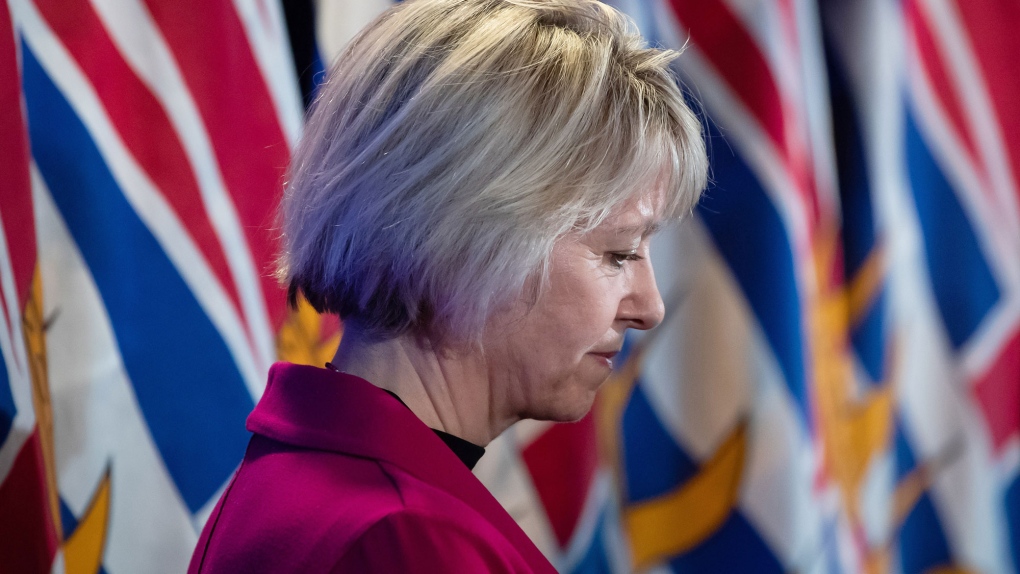 rovincial health officer Dr. Bonnie Henry listens during a news conference about the provincial response to the coronavirus, in Vancouver on Friday, March 6, 2020. THE CANADIAN PRESS/Darryl Dyck

VICTORIA -- B.C. health officials have announced 67 new confirmed cases of COVID-19 in the province, as well as two additional deaths from the novel coronavirus.

The update on positive tests from provincial health officer Dr. Bonnie Henry and Adrian Dix came in a written statement Friday, after the pair spoke earlier in the day about the province's COVID-19 modelling.

Absent from the text update was an estimate of suspected cases that have not been confirmed with a positive test. Officials said during their presentation on modelling that B.C.'s infection rate has been growing more slowly than has been seen in other jurisdictions.

"Our upward path has been less severe than other places, but we continue to see steady increases in community transmission cases and continue to be concerned about outbreaks, which could quickly grow and challenge our pandemic response," Dix and Henry said in their statement Friday afternoon.

"The evidence is clear: with every person in British Columbia 100 per cent committed to physical distancing, we can flatten the curve. Over the next two weeks we must be united in this one goal."

Of the 792 people who have tested positive for the coronavirus in B.C., some 275 are now considered recovered and are no longer required to isolate themselves. That's an increase of 89 recoveries since Thursday.

The two additional deaths reported Friday happened in the Vancouver Coastal Health region, officials said. They did not indicate whether the deaths were associated with any of the ongoing outbreaks at long-term care homes in the province.

To date, most of the now 16 deaths in the province have been associated with an outbreak at Lynn Valley Care Centre in North Vancouver.

Earlier in the day Friday, Fraser Health announced two more outbreaks at seniors' care homes in its jurisdiction: The Harrison at Elim Village and Chartwell Independent Living at Langley Gardens.

There are now 11 long-term care homes with confirmed COVID-19 outbreaks in B.C., all of them located in Metro Vancouver.

A total of 73 people are hospitalized with the virus in B.C., up from 66 on Thursday.

COVID-19 closures: It's as if Ottawa has fallen off the electricity grid

For nursing homes, symptoms aren't enough to tell who's sick

COVID-19 has now killed more people in Canada than SARS

'It will get better': Canadian in China shares glimpse of life on other side of COVID-19 curve

U.S. COVID-19 caseload surges to most in the world