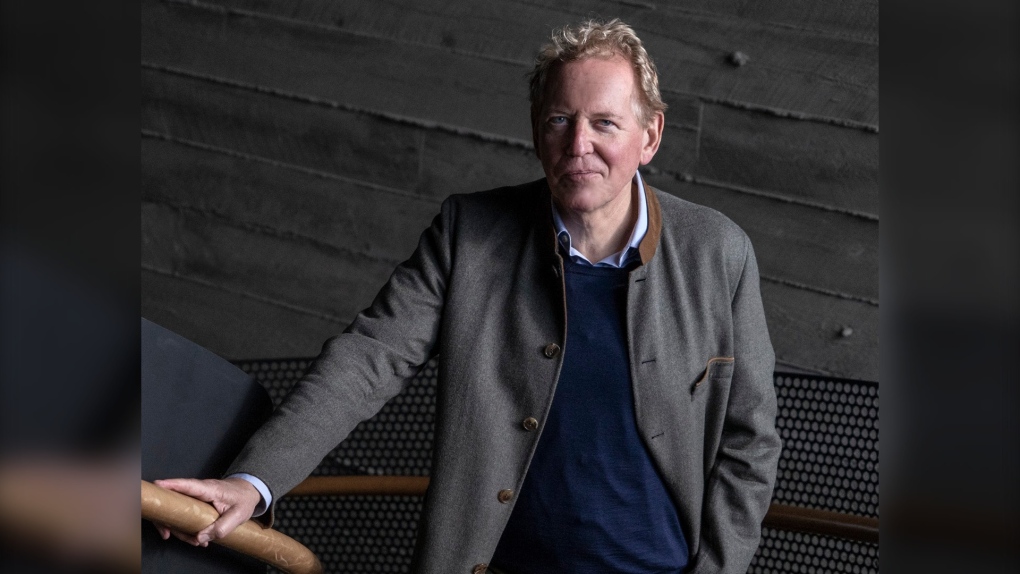 A tsunami of social media hype and celebratory trend pieces have already made White Claw a sensation in the United States. And so the hard seltzer's long-awaited Canadian debut this weekend comes with no shortage of expectations for similarly effervescent fortunes. Its Vancouver-born creator Anthony von Mandl, shown in a handout photo, says he's bewildered by the stunning rise of the low-cal drink previously only available to cross-border shoppers and tourists. THE CANADIAN PRESS/HO

VANCOUVER -- A tsunami of social media hype and celebratory trend pieces have already made White Claw a sensation in the United States. And so the hard seltzer's long-awaited Canadian debut this weekend comes with no shortage of expectations for similarly effervescent fortunes.

Its Vancouver-born creator Anthony von Mandl, CEO of the Mark Anthony Group, says he's bewildered by the stunning rise of the low-cal drink previously only available to cross-border shoppers and tourists.

“This whole thing is an absolute dream,” von Mandl says from Vancouver of a meteoric 2019 rise for the beverage, known for a sleek white can adorned with three cresting waves.

“This is a disruption very similar to what happened in the coffee business in 1994, when (former CEO) Howard Schultz launched Starbucks.”

Superlatives come easily to von Mandl as he describes the fizzy White Claw, a surprise hit south of the border that surged so much last summer that it sparked nationwide shortages.

Trend-watchers and analysts, too, declared 2019 a breakout year for the low-carb, gluten-free drink, which debuted in 2016 but only caught fire last year when von Mandl says it captured 60 per cent of the rapidly growing hard-seltzer category.

At the forefront of its fanbase were ardent millennial and Gen Z champions whose Twitter and Instagram testimonials were an odd melange of apparently genuine devotion, ironic snark and comic click bait.

Von Mandl says about half of White Claw's “small” marketing budget is devoted to social media promotion but that it didn't fund the online fanbase, nor last summer's viral video by comedian Trevor Wallace which coined the phrase: “Ain't no laws when you're drinking Claws.”

That video imagined the prototypical Claw fan as a loudmouth bro, and while von Mandl credits it with pushing sales, he says Mark Anthony was forced to distance itself when unauthorized T-shirts began popping up with the slogan, which he says does not fit the brand: “We were very concerned about the social responsibility side.”

Von Mandl says White Claw drinkers appear to skew slightly male, but he suspects its light sugar and carb count attract both younger and older tastes that are looking for an alternative to beer.

It's a shift that the big breweries have noticed, too, with Anheuser-Busch courting the market with its 90-calorie Bon & Viv and Boston Beer offering up the 100-calorie Truly, among others. White Claw's 355 ml slim can also offers 100 calories, while the 473 ml can has 140 calories.

Toronto-based food and drink analyst Joel Gregoire of the market trends agency Mintel, says the alcoholic beverage industry is in the midst of transition in Canada. Among beer, wine and spirits, the share of beer sales shrunk to 35 per cent from 40 per cent over the past decade, he says.

At the same time, a myriad of other spiked options have joined the market, with spirit coolers and flavoured malts and ciders enticing younger drinkers who have yet to acquire a taste for beer and established brands.

“It is still relatively low-penetrated within the Canadian market, but my hypothesis would be that there is opportunity for growth,” Gregoire says of hard seltzers.

Von Mandl credits much of his ability to grow White Claw into a sensation to the success of his other beverage blockbuster, Mike's Hard Lemonade. That sweet alcopop took off in the 1990s and is still around today.

Von Mandl sold the Canadian division in 2015 when Anheuser-Busch, which operates under Labatt's in Canada, made “an unbelievable offer” that coincided with von Mandl's growing frustration over domestic red tape.

“There was a lot of frustration by the interprovincial regulations in Canada. And in particular, our ability to enter Quebec,” he says, calling the inability to sell non-malt-based drinks in Quebec groceries “quite appalling.”

“We decided to focus on America and things exploded and it was the best decision we could make.”

Four flavours of White Claw hit shelves in Canada Sunday, including: natural lime, black cherry, mango and grapefruit. These distilled vodka-based concoctions will be made slightly differently than the malt-based U.S. versions, which von Mandl says is due to the setup at his two Canadian facilities - one in Toronto, another in Calgary.

“We can accomplish the same and make the identical tasting product with six-times filtered distilled vodka,” he says.

Meanwhile, von Mandl is betting on continued U.S. growth in 2020 by building two more White Claw production facilities in New Jersey and Arizona at a cost of US$385 million. He expects output will more than triple once those operations start, bringing the total number of U.S. facilities to 13 by June.

They've also expanded the flavours available in the U.S. to include lemon, pineapple, watermelon and tangerine.

He recalls starting his business in 1972 as a wine importer out of a tiny office in the back of a Vancouver playhouse, where he spent early, “desperate” days selling European and California wines door-to-door to clubs and restaurants.

Now the success of White Claw helps support the “enormous amount of technology” employed at the farms, among other things the use of drones and research into soil and organic farming.

“It's really the soul of everything we do and the soul of our company,” von Mandl says of the wineries.

If there's a recipe for his success, he says it's an insatiable drive to find products people will love.

“What I do, and I love, is to always look ahead and look at what consumers don't know they want, as yet. To look around corners. And that's what we've done all along.”