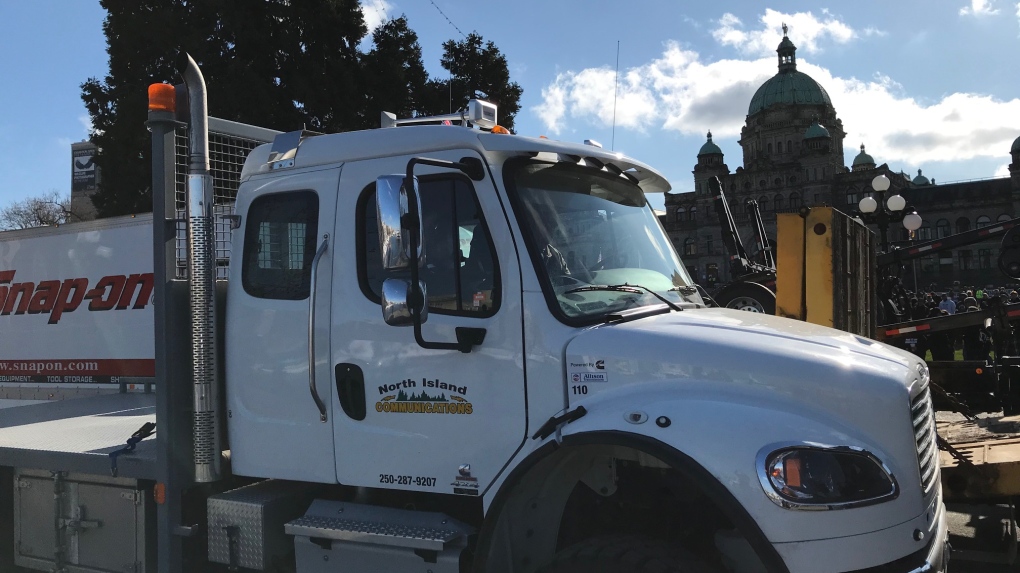 A forestry truck in front of the B.C. legislature for a February 2020 rally in Victoria. (CTV News)

VICTORIA -- The B.C. Council of Forest Industries has cancelled its annual convention due to concerns about COVID-19.

President Susan Yurkovich says the council is disappointed that people in the industry won't be connecting with colleagues in Prince George between April 1 and April 3 but the decision had to be made for the health and wellness of everyone who'd be attending.

The convention is the largest gathering of the forestry sector in Western Canada and attracts people from around the world as well as all three levels of government and First Nations leaders.

In light of rapidly evolving developments and reports related to COVID-19, COFI has made the difficult decision to cancel its 2020 Convention in Prince George. Please read our news release for further details: https://t.co/gL9zKzh7gK

The cancellation comes after several difficult months in B.C.'s forestry sector, which included mill closures and labour strikes on Vancouver Island and across the province.

B.C.'s provincial health officer Dr. Bonnie Henry says people may have to forego various large gatherings where close contact is involved though she urges everyone to take precautions, starting with washing their hands.