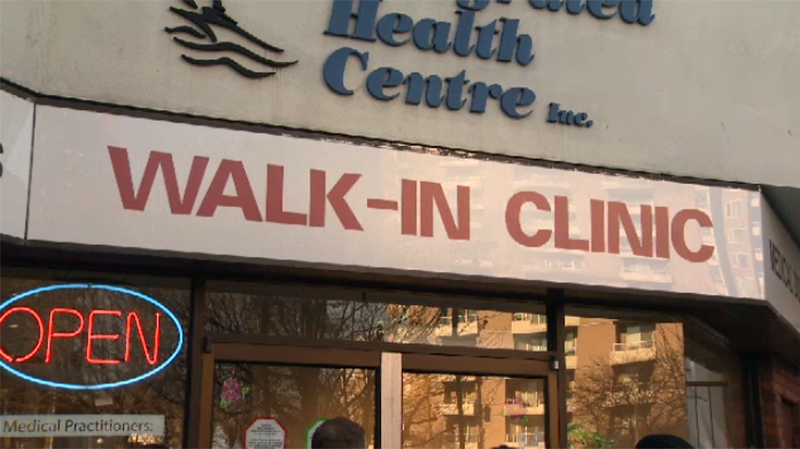 The prognosis is bleak for those British Columbians searching for a family physician amid the province's doctor drought.

A new study out of the University of British Columbia suggests B.C.'s serious shortage of doctors is only going to get worse.

The study determined that the average age of retirement for doctors in B.C. is 65 years old – and 40 per cent of practicing physicians are at or are approaching that age.

"The situation is not bad. It's not bad at all. It's much worse than that," said Dr. Bill Cavers, a Victoria G.P. "The number of doctors available in the near future is going to drop at the same time that the population is getting older, and as the population gets older, statistically they're more likely to be sicker and require more medical attention."

Another factor contributing to the shortage is that doctors aren't working the extreme hours previous generations did, especially as they approach retirement.

"Traditionally, physicians who would've graduated 30, 40, 50 years ago were 100 per cent dedicated to their work life," said Victoria physician Dr. Jane Papp. "Perhaps not to their health, their own personal health or to their family life."

Doctors for BC says part of the solution lies in what it calls team-based care, a collaborative approach that would take some of the workload off doctors.

"We need to use the professionals that we've got," said organization president Dr. Trina Larsen Soles. "We need to work with nurse practitioners and with hopefully physician's assistants in the future. We need more of these integrated models with occupational therapy and physiotherapy."

The province is also pursuing the team-based approach, with the Ministry of Health saying in a statement that it has "great potential" to help more people access care and is one of the ministry's top priorities.

"By bringing teams of family doctors, nurse practitioners, nurses and other health-care professionals together we can better address everyday health issues and support long-term health needs like home care," it said.

Physicians say there also needs to be enough people to staff clinics, and graduating more doctors needs to be a focus.

"You need to produce doctors who are going into primary care," said Cavers. "We know that a robust primary care system reduces the demand on specialists."

The peer-reviewed study, which was published in the Canadian Medical Association Journal, examined a total of 4,572 physicians in B.C.