Artist upset over removal of orcas from Centennial Square 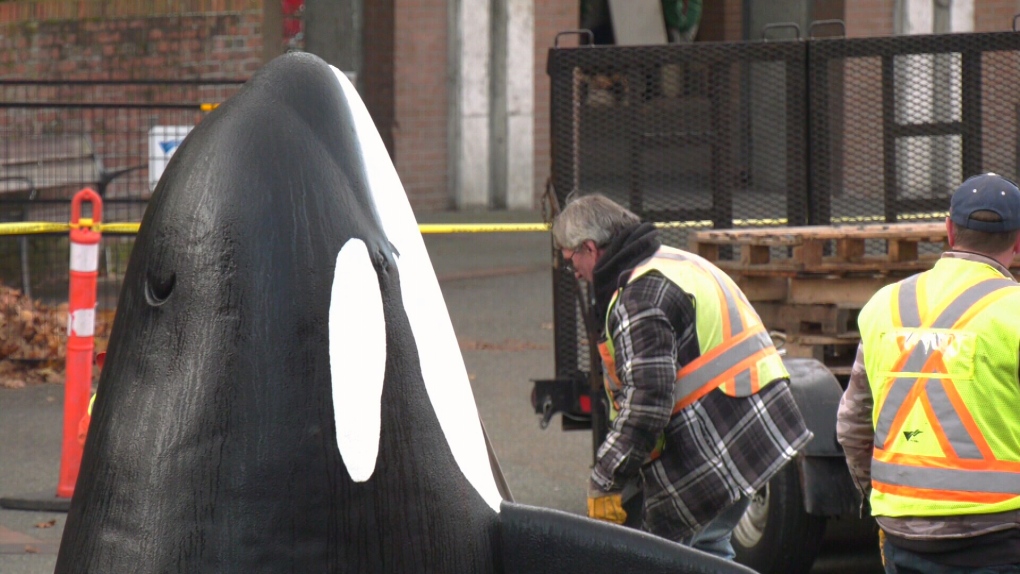 The 'Follow the Pod' installation has been in the square for more than two years. (CTV Vancouver Island)

Centennial Square has been home to the replica pod for more than two years and it has proven to be popular.

“It has a one-in-eight engagement rate,” says Christopher Porter, the creator and artist who designed and built the pod. “That means one out of every eight people passing by will engage in the exhibit.”

Porter said he is upset that the 'Follow the Pod' installation is going to be heading into storage for the winter season while the holiday installation is on in the square.

“This display is all about conservation and as long as you remove conservation from the public’s attention, then it will no longer be a priority for society,” said Porter. “By allowing the public to play, it’s actually conserving animals.”

The artist went on to say that interacting with the replica orcas helps tell the story of the dwindling population of the local southern resident killer whales.

Each orca in the display represents a whale that has been in the public eye, including "Granny" who was 105 years old when she died in 2016.

"Springer" is the whale that was found separated from her pod at a young age but was later successfully reintegrated after much effort. "Luna" made international headlines for being too friendly with humans in the Gold River area and ended up dying after a run-in with a boat.

The City of Victoria says it’s reviewing possible alternate locations for the statues and will consider re-siting the installation in the square or at a new location in the spring of 2020.

Porter says he’d prefer the installation to return to Centennial Square as it gets the most traffic there, but if it does have to be relocated, he says Ships Point would make a good alternative.