Another suspicious fire breaks out at Chemainus high school 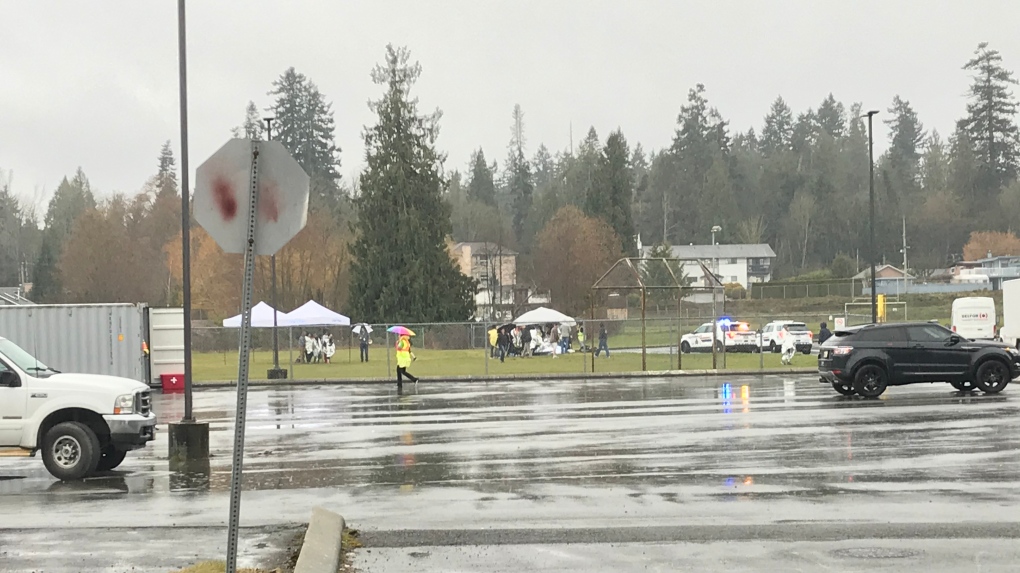 The fire was reported just after 1 p.m., according to the school district. (CTV News)

For the second time in just over a week, a suspicious fire has forced the closure of a Chemainus high school.

The Cowichan Valley School District says all students and staff were evacuated safely from Chemainus Secondary after a fire broke out in the building Friday.

The fire was reported just after 1 p.m., according to the district. The RCMP say they responded to the school at approximatelky 1:45 p.m.

The school's sprinkler system extinguisghed the blaze, according to police.

Buses were en route to the school to remove students Friday afternoon. Parents of students who do not take the bus were being notified, the district said.

UPDATE on Chemainus Fire at 2:10 pm

Students are now being dismissed from school. For those that take the bus, the buses are headed to Chemainus Secondary to transport those students home. Students who have parents at, or coming to, the school will be dismissed to them.

"The cause of the fire and extent of damage are not yet known, but district staff are present at the school and waiting to assess damage," the district said in a statement.

Police told CTV News their investigators were on scene and the fire is being treated as suspicious.

Two fire departments responded to the call with a total of 21 firefighters.

Students at the same school were dismissed for two days last week while fire officials investigated a blaze in one of the school's second-storey student bathrooms.

Classes were cancelled last Thursday and Friday due to the smoke damage and the ongoing fire investigation.

"We are working with the school board and the local fire department to establish how and why this occurred, and who was involved," Cpl. Dave Starr of the North Cowichan/Duncan RCMP said last week.