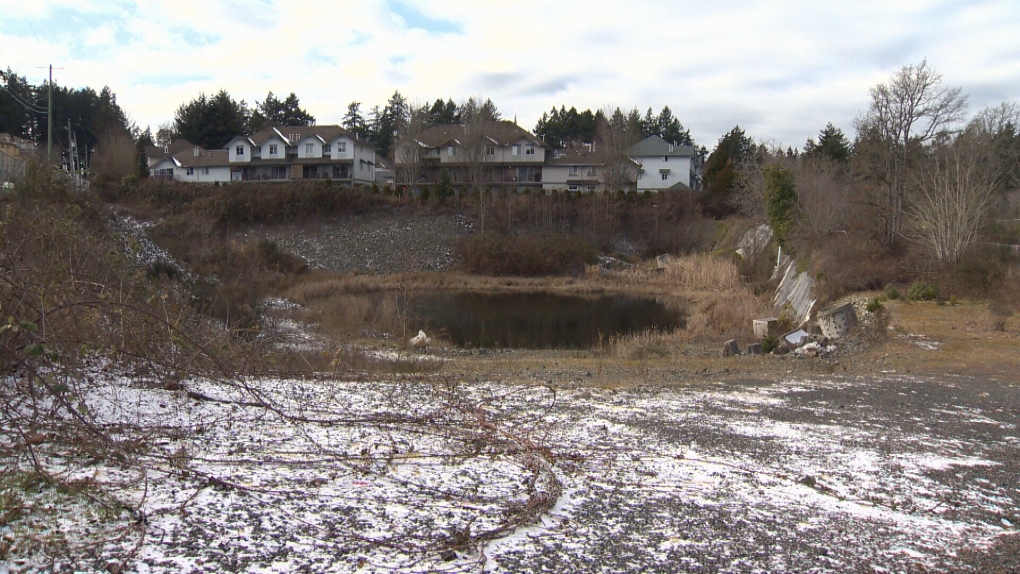 A giant hole left along a Colwood road when a development company abandoned the project will be filled by 120 new affordable rental homes for Indigenous families.

On Monday, the province announced it was partnering with the Aboriginal Land Trust Society, Huu-ay-aht First Nations and the City of Colwood to build the project at 342 Wale Rd.

Mayor Rob Martin said the hole has been there for at least eight years and has always been a sore spot for the residents of Colwood.

He says he always gets questioned about when the hole will finally be fixed.

“This is a symbol of something else,” said Martin. “This shows Colwood is now changing and is prepared to grow.”

He said the project will enhance the diversity of housing in Colwood, create local jobs and add new vibrancy to the town centre.

Chief Councillor Robert Dennis from the Huu-ay-aht First Nation says that 75 per cent of the homeless First Nation population in Victoria are from his territory.

“We have a significant investment in this opportunity to do something for our people who end up homeless in Victoria,” Dennis said. He stressed the development is going to have a positive outcome for people and in a city with such a tight rental market, it's much-needed affordable housing.

The project is part of the first series of projects selected to receive funding through the Building BC: Indigenous Housing Fund.

The project is expected to get underway this summer.