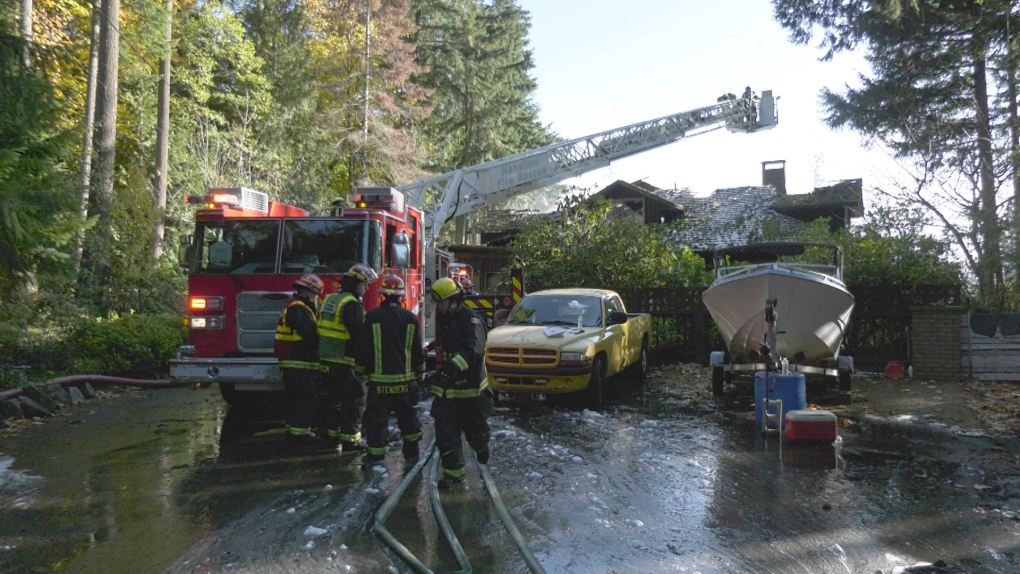 Flames were shooting from the roof when crews arrived at the home on Burma Road around 12:30 p.m. (CTV)

VANCOUVER - Two cats are unaccounted for after a house fire in Nanaimo Wednesday afternoon.

Flames were shooting from the roof when crews arrived at the home on Burma Road around 12:30 p.m.

Five people were able to get out of the home safely before firefighters arrived, according to Timothy Doyle, deputy chief of operations for Nanaimo Fire and Rescue.

A total of four pets also reside in the home, only two of which are accounted for, he said.

No people were injured in the blaze.

Doyle said crews had to attack the fire from the outside, because it was unsafe to enter the house.

"There's a significant amount of damage to the residence," he said.

Preliminary reports suggest the fire was accidental, Doyle added, noting that the investigation into the cause of the blaze is ongoing. The fire is not believed to be suspicious, he said.